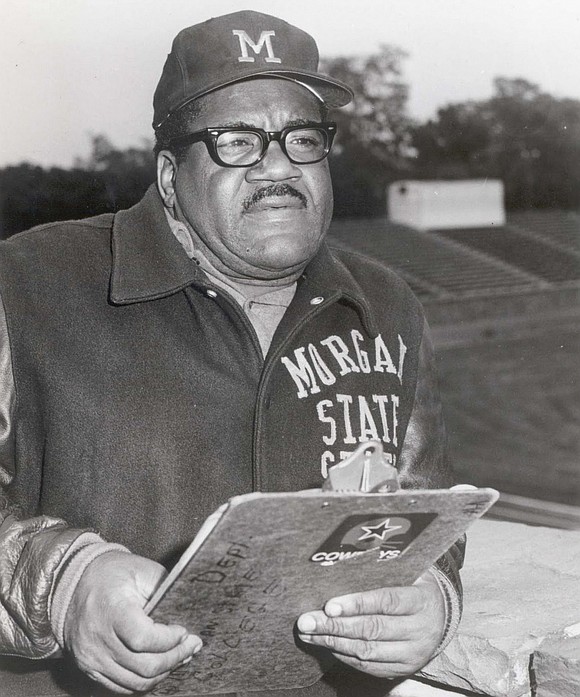 The late Earl Banks, who coached Willie Lanier at Morgan State University, has been named Trailblazer of the Year by the American Football Coaches Association.

Mr. Banks, known as “Papa Bear,” will be honored posthumously at the AFCA’s annual meeting Jan. 7 in San Antonio, Texas. The award was created to honor early leaders in the profession who coached at historically black colleges and universities.

For 14 seasons beginning in 1960, Mr. Banks coached Morgan State to a 96-31-2 record, with six CIAA titles, one Mid-Eastern Athletic Conference title and three undefeated seasons from 1965 through 1967. He also took Morgan State to four bowl games, winning the 1965 Orange Blossom Classic and the 1966 Tangerine Bowl.

Lanier, who signed with the Morgan State Bears out of Richmond’s Maggie Walker High School, played on the 1965 and 1966 teams and went on to earn NFL Hall of Fame accolades as a Kansas City Chiefs linebacker.