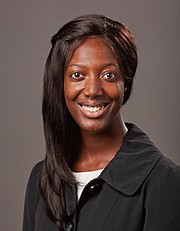 Researchers found that resident physicians from racial and ethnic minorities face a daily barrage of microaggressions as well as overt prejudice, according to the study published in JAMA Network Open.

“Minority residents appear to face extra challenges during a time already marked by considerable stress. Residency program leaders and accreditation bodies should work to address these challenges not only as an important wellness issue, but also to minimize potential damage to the minority pipeline,” said the study’s lead author, Dr. Aba Osseo-Asare, an assistant professor of medicine at the Yale School of Medicine in New Haven, Connecticut.

Although black people, Hispanics and Native Americans together make up one-third of the nation’s population, these three minorities constitute just 9 percent of physicians, the researchers noted. And part of that disparity may be due to biases minorities encounter in the pipeline, Dr. Osseo-Asare said in a phone interview.

By writing about the residents’ experiences, the researchers hope to raise awareness, Dr. Osseo-Asare said. “Awareness can go a long way to help,” she added. “Sometimes people feel they are not racist because they’re not aware of their unconscious bias.”

A common issue for these residents was being mistaken for support staff, even for janitors, despite wearing a white coat, stethoscope, and identification badge showing they were physicians.

The study’s findings didn’t surprise Dr. Anthony Watkins, an assistant professor of surgery at New York-Presbyterian/Weill Cornell Medical Center in New York City. Dr. Watkins, an African-American, said, “it’s the kind of story we discuss among ourselves. A lot of what I read (in the study) I’ve experienced either personally or learned about from shared experiences.”

And, Dr. Watkins said, it’s not just something that medical students and residents have to deal with. He remembers one surgeon’s story in particular. “When he walked into the operating room, they started telling him what needed to be cleaned,” Dr. Watkins said. “He told them, ‘I am the surgeon.’”

As recently as a few days ago, Watkins himself had a similar experience. “I walked in to talk to a patient,” he said in a phone interview. “I introduced myself and as soon as I finished taking the history and doing the physical, the patient asked, ‘When am I going to see Dr. Watkins?’”