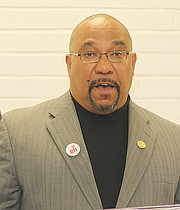 In recent days, some Democrats in Virginia have seemingly adopted the principal that electoral expediency trumps zero tolerance for racism.

Unfortunately, they received an eye-opening reminder that this strategy will be met by resistance from many of the very people whose votes will be essential for any Democratic victory in November.

On April 14, Mark Marsden, a prominent Fairfax County Democratic state senator, held a fundraiser in which he invited Gov. Ralph S. Northam as an honored guest. In response, the Fairfax County Branch NAACP led a protest that caused Gov. Northam to cancel his appearance at Sen. Marsden’s event.

For many of us who have voted, campaigned and raised money for Democratic candidates, including Sen. Marsden and Gov. Northam, we found Sen. Marsden’s action inviting Gov. Northam to this event to be a slap in the face. What was equally disturbing was that Sen. Marsden, in what many black Virginians took as a fit of white privilege, seemed to be telling us to get over Gov. Northam’s incidents of racial insensitivity.

Let’s be clear: The pictures of a person wearing blackface standing next to another in a Ku Klux Klan outfit on the governor’s medical school yearbook page, combined with his admission and then mystifying and sudden retraction of culpability; along with his non-explanation for his VMI nickname of “Coonman;” his dressing as a former antebellum slave-owning governor for Halloween 2018; and, lastly, his confusing and seemingly tone-deaf CBS interview (not slaves but indentured servants) have all been a major disappointment for many citizens in Virginia.

Instead of belaboring the issue of whether Gov. Northam should or should not have resigned, the fact is that this governor received 87 percent of the black vote compared to only 42 percent of the white vote in his last election. Thus, Gov. Northam not only owes black voters and the citizens of Virginia a genuine and complete apology, but he also owes all of us explanations as to his actions relating to the above listed events.

Only with truthful explanations can we, as citizens, fully grant him any forgiveness and reconciliation. Until these actions occur, it will be impossible for this governor to normalize his position within the body politic in Virginia.

As to the Democrats in this state who want to whitewash this situation, the Fairfax County Branch NAACP and its supporters’ actions on April 14 should be a siren to those who believe that loyal Democratic voters will just forget what Gov. Northam has done all in the face of the next election.

There will continue to be pushback from the black community and others who believe that Gov. Northam’s actions are inexcusable. Time alone will not heal these wounds.

Of course, there will be leaders and politicians, black and white, who will in good faith say and believe that the need to win the next election is far more important to the black community than ultimately holding Gov. Northam accountable for his actions. We disagree with this zero-sum analysis. Either you have principals and standards, or you don’t.

Thus, in response, we say “caveat emptor” to that assumption. We ask that before anyone accepts this dogma, they go to places that black voters in Virginia may frequent — barbershops, beauty salons, gyms, shopping centers, HBCUs, churches, social clubs, libraries and the like, and ask them what they think of Gov. Northam’s actions and the actions of some Virginia Democrats seemingly seeking to give him a pass. This is what they will tell you: There is no normalization of racism. There is no excuse for wearing blackface. There is no forgiving any politician who can’t explain his relationship with the Ku Klux Klan. To black people, the name “Coonman” is and always will be offensive. And as to becoming “woke” to racism at age 59 after you have been caught in a scandal, that is not an apology or an explanation for past transgressions.

Democrats need to understand that they are playing with a ticking time bomb that represents the black vote in November. The risk is that this time bomb may not go off in November in that Black people and other disappointed voters will not show up to the polls. We have all seen the results of low black voter turnout.

Gov. Northam and his allies need to start moving in the right direction and address these issues with sincerity, clarity and honesty. To those who seek appeasement without atonement, we say tick, tick, tick, tick — November is coming.