Joan B. Winston, executive director of the former Gold Bowl, dies at 88 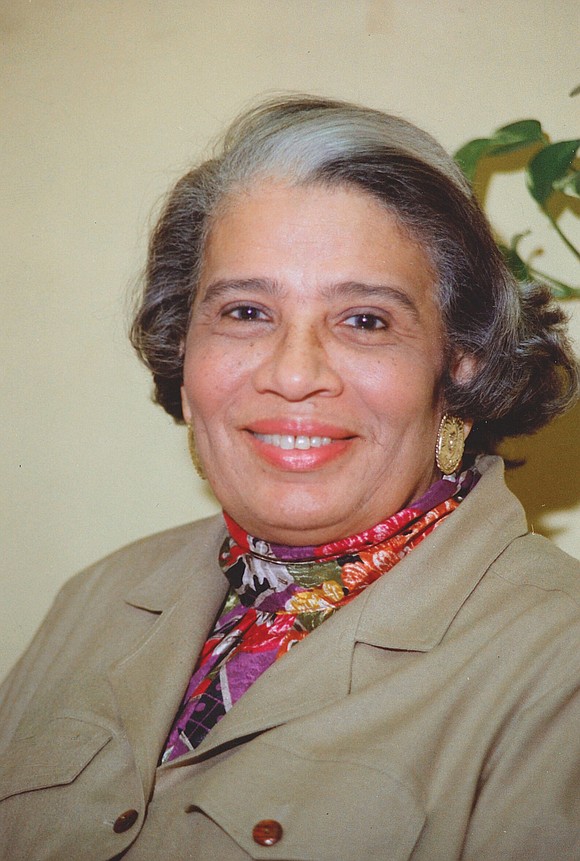 Joan Loretta Banks Winston was often considered the “glue” that held organizations together.

For more than 15 years, Mrs. Winston was a key organizer for the popular college football and social event known as the Gold Bowl Classic, which annually pitted Virginia Union University’s football team against Virginia State University or another CIAA conference rival.

Earlier, Mrs. Winston spent 33 years as the executive assistant to a series of editors for the now defunct Richmond Afro-American newspaper, where she was a mainstay in keeping the office functioning, paying the bills and ensuring reporters were compensated.

“My mother was an active, outgoing and personable woman,” said her son, Darryl R. “Rick” Winston, noting she was active in civic and social groups.

Her contributions are being remembered following her death Saturday, July 20, 2019. Mrs. Winston was 88.

Born into a family of 11 children, Mrs. Winston graduated from Armstrong High School and the Smith-Madden Business College in Richmond and the Cortez Peters Business School in Washington.

She worked in several small businesses before Richmond Afro- American editor Chester Hampton hired her in 1957 as the office manager. He also allowed her to write a column for the paper whose former building at 3rd and Clay streets in Jackson Ward was displaced by the Greater Richmond Convention Center.

During the student-led civil rights protests in 1960 of segregated lunch counters in Downtown, Mrs. Winston would buy lunches from Sylvia’s Restaurant across the street to distribute to the store picketers, her family said.

Mrs. Winston kept the Afro’s office humming for the editors who came and went, most notably Raymond H. Boone, Ruth Jenkins, John Templeton and Lynda Sharpe Anderson, before leaving in 1990 as the staff was downsized. The newspaper closed six years later.

Mrs. Winston went on to become executive director of the increasingly popular Gold Bowl Classic that was launched in 1976. From an office in Jackson Ward, she organized a week of activities, including an annual golf tournament, beauty pageant, reception and tailgate party, around the weekend game that drew huge crowds.

She worked to ensure a smooth operation for the Gold Bowl that served as a benefit for its partner, Virginia Union University.

Her family said that she resigned in 2005, two years before then-VUU President Belinda Anderson ended the school’s sup- port for the event.

Mrs. Winston belonged to the Women’s Auxiliary of the YMCA and the Delver Woman’s Club, among other organizations.

Mrs. Winston was the widow of Moses B. Winston Jr., who hired her to work at his company, ABC Cleaners, and later married her.

In addition to her son, survivors include her brother, Dr. Willie J. Banks of Washington, and six grandchildren.