School Board makes no change to North Side attendance zones

The Richmond School Board voted 6-3 Monday to reject a plan to modify school attendance zones in North Side.

The result is that attendance zones in North Side will remain the same during the 2020-21 school year.

The vote rejected a plan pushed by School Board member Kenya Gibson, 3rd District, to redraw boundaries at Ginter Park, Holton and Obama elementary schools that would allow more racial integration of students without splitting neighborhoods or pairing schools. 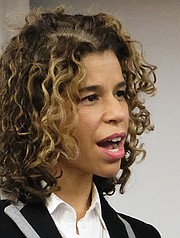 “This is a significant issue about equity,” Ms. Gibson said, following a two-hour public hearing during which 60 people, mostly parents, offered their thoughts on how the North Side attendance zones should be recast.

“From my perspective, the new proposed zone would encourage more engagement and diversity, especially at Ginter Park,” said Ms. Gibson, who represents the North Side area.

North Side is the only area of the city that will not have new boundaries.

During its meeting on Dec. 2, the School Board adopted new zones in the West End, East End and South Side, with the focus to relieve overcrowding in South Side elementary schools. Some students will be moved to the new, larger E.S.H. Greene Elementary and the new middle school, both in South Side, that are to open in the fall of 2020. New lines in the East End also take into account the new George Mason Elementary School that also is to open next fall.

Many of the speakers at Monday’s packed board meeting, held in the Ginter Park Elementary School auditorium, expressed their concerns and frustration over plans to pair schools with majority black and majority white student populations. The initial plan would have put kindergarten through second grade at Ginter Park and Obama elementaries, with Holton having third grade through fifth grade.

Most parents speaking on Monday op- posed the pairing, largely because of the cost and because it would separate some siblings attending elementary school.

Ms. Gibson’s alternative would have eliminated the pairing, but rezoned lines in some neighborhoods. Under the plan Ms. Gibson backed, 160 students in the Holton Elementary zone would go to Ginter Park Elementary, Obama Elementary would get 90 Ginter Park students south of Laburnum Avenue and Obama Elementary students currently south of Brookland Park Boulevard would be re-zoned for Holton. The changes would make a modest increase in the diversity at the schools.

Ms. Gibson was joined in her support of the alternative by board members Dr. Patrick Sapini, 5th District, and Felicia D. Cosby, 6th District.

One speaker questioned why the School Board was focusing largely on elementary schools, “while the real problem is middle and high schools.”

In a brief interview on Tuesday, Mr. Young raised a similar observation.

“In the last eight months, the conversation has been about pairing at a few elementary schools. There has not been any meaningful discussion about middle and high schools,” he said.

“What the board can do is to create thematic middle and high schools, which would provide choice and transportation.”

Thematic schools would provide parents and students the opportunity to select schools fitting the students’academic needs and interest through open enrollment, but generated only mixed support by the parents at the rezoning public hearings.