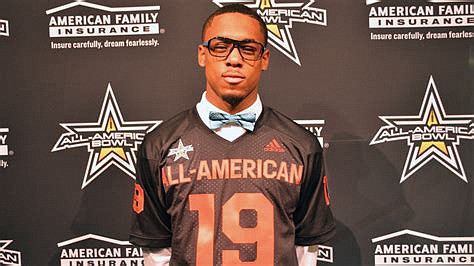 The 6-foot-3, 190-pound Payoute will play Saturday, Jan. 5, in the All-American Bowl in San Antonio, Texas. The game will feature many of the nation’s top seniors and will be telecast by NBC.

Other members of that quartet were LaMar Davis, and twins Jevon and Jemourri La Pierre, both now at Virginia State.

Playing mostly quarterback for L.C. Bird, Payoute rushed for more than 900 yards and scored 13 touchdowns despite missing some time with an ankle injury. He likely will be switched to a wide receiver at Virginia Tech.

Armstrong High School’s Jordin Poindexter, the state 3A 100-meter champion with a time of 10.90, has signed with Virginia Military Institute.