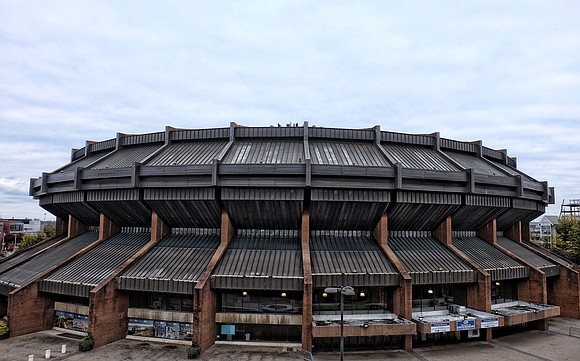 The plan to replace the Richmond Coliseum with a new arena in Downtown appears to be running afoul of the Virginia Public Finance Act.

That state law bars local governments from using real estate and other taxes to repay revenue bonds, the type of funding that Mayor Levar M. Stoney prefers in efforts to ensure the city would not be stuck with the bill if the new arena is less successful than projected.

Real estate taxes can be pledged to repay general obligation bonds, but that would require the city to be on the hook for the repayment.

Revenue bonds are defined as using a specific revenue stream for repayment. The city Department of Public Utilities uses such bonds to borrow money for new pipes for water, sewage and natural gas. DPU repays those bonds from income it receives from customers.

The financing issue may be a key reason the city remains in talks with the Navy Hill District Corp., led by Dominion Energy’s top executive Thomas F. Farrell II, and why Mayor Stoney appears to be stymied on letting Richmond City Council review the planned $1.4 billion project.

The project calls for borrowing to build a new $220 million arena and having private investors develop 2,900 new apartments, along with two hotels, new office buildings, restaurants and other commercial operations on nearby city property to help repay the arena’s debt.

But two reports, one done for the Navy Hill District Corp. and the other by a city consultant, have shown the revenue from the project area would not be enough to ensure investors are comfortable in buying bonds.

To generate more tax dollars for debt repayment, the mayor has talked about creating an 80-block Tax Increment Financing District, or TIF, and using tax income from the projected increase in real estate property values as a main source of repayment.

Taxes collected from the base value of the property would go to the city treasury, while the TIF would collect any increase in real estate taxes above that base value.

That financing approach was outlined in a report that the city’s financial adviser, David P. Rose of Davenport & Co., issued in November.

In the report, Mr. Rose stated that the “public portion of the project will be funded from non-recourse revenue bonds” to be repaid from growth in real estate taxes in the TIF District and new sales tax, parking revenues and other income and taxes created in the arena project area.

The public elements are mainly the proposed 17,500-seat arena and the three-story Blues Armory at 6th and Marshall streets, which is to be converted into a food market, with entertainment center on the second floor and a ballroom for the proposed hotel on the third floor.

The non-recourse bonds he referred to means that investors who buy the bonds would not be able to sue the city if they lost money.

Mr. Rose did not mention the roadblock that the Public Finance Act presents to that approach with its ban on using real estate taxes to repay revenue bonds.

At this point, city officials are keeping mum about the Coliseum development and its status.

Paul Goldman, an expert on municipal finance who has led the Put Schools First campaign that is pushing Mayor Stoney to focus on modernizing the city’s public schools, was the first to spot the legal problem and report it in Facebook posts.

The Free Press confirmed his findings.

The city learned months ago that the new arena and development proposed for the city property around the arena could not generate enough money to satisfy bond buyers.

Mr. Farrell and his team at Navy Hill District Corp. stated so in a May 9 report the Free Press has obtained.

According to the report, the project might not be viable unless the real estate taxes to be generated by the new buildings Dominion Energy is erecting at 7th and Canal streets, eight blocks south of the Coliseum site, could be included in the TIF and used for repaying the arena loans.

“This ultimately is a business decision for the city to make through weighting and measuring its best interests,” the report states. “The exclusion of the two Dominion Energy properties negatively impacts the arena plan of finance.”

Without the real estate tax dollars from the Dominion Energy buildings, the project would have to raise the interest rate it offered on bonds to attract buyers, essentially ballooning the cost of debt to a point that it could be unaffordable.

Essentially, the project has to generate 1.5 times the debt repayment, the report states. Without the Dominion Energy properties, the debt service coverage ratio would never reach 1.5 times the debt, which would restrict “the willingness of bond buyers to enter into this kind of investment.”

The report also notes that all of the sales taxes created by the hotel and other businesses in the project also would need to be used to support the financing plan. Without the sales tax money, the project also could fall short of generating enough coverage for the bond debt to satisfy buyers, the report states.