Think F.A.S.T. when it comes to strokes

The idea of a stroke can be frightening because it comes without warning and can change your life forever. Unfortunately, nearly 800,000 people will experience a new or recurrent stroke every year. Stroke is a leading cause of disability in the United States. 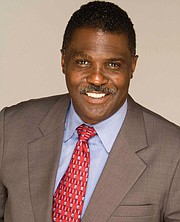 Studies show that if you are black and of African or Caribbean origin, you are twice as likely to have a stroke — and at a younger age — than white people. The reasons for this are complex and not completely understood.

There are two main types of stroke — those that block arteries and those that cause arteries to bleed.

• Hemorrhagic Stroke: These strokes are caused by bleeding in the brain. They happen due to a weak spot in the wall of the blood vessel, which can cause an aneurysm, or bulging of the vessel wall. The vessels also can be weakened by chronic, very high blood pressure and break from force. When the vessel breaks, the blood leaks into surrounding tissue and the brain doesn’t get the oxygen and nutrients it needs.

The risk of ischemic stroke — the most prevalent type of stroke, which is caused by a blood clot that blocks an artery — is three times higher in African-Americans than in white people. Interestingly, nearly half of all stroke patients suffered from transient ischemic attacks.

You can think of plaque like scabs on the inside of the vessel. As an example, if you have ever lifted up a scab on your arm, if you lift too far, you can cause it to bleed again because it’s not done healing underneath. Then you’ve created a new injury. In the case of your arm, a new scab forms by forming a clot, which is great for helping the skin heal.

Similarly, plaque on the inside of the vessel can be fragile when blood flows past, causing the plaque to lift. But in your blood vessel, when plaque lifts up and the body tries to heal it like it would a scab on your arm, it makes a clot, which blocks blood flow and can lead to an ischemic stroke.

We all know too much stress in our daily lives is unhealthy. It can cause headaches, upset stomach, anxiety, difficulty sleeping and a whole lot more. But does stress cause stroke?

Chronic stress has been thought to be a risk factor for stroke. In studies, acute stress has been found to be a trigger for stroke, that is to say that strokes occur immediately after a stressful event more often than would be expected.