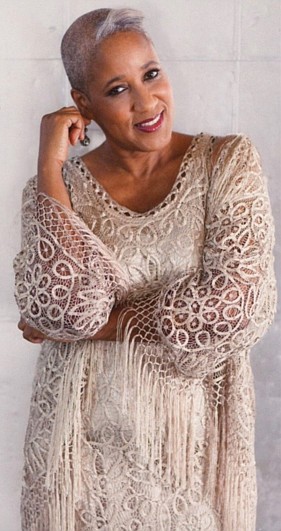 Already, the 7 p.m. show is sold out. Tickets are available for the 9:15 p.m. performance.

The 2014 Grammy Award nominee and former member of the RJS board is returning to the birthplace of her singing career — Richmond — for the concert as she completes a tour across the United States and abroad.

She first performed with the RJS in the late 1990s. Local audiences may remember her introduction. By now, many are familiar with her vast jazz repertoire and lyrical style.

“I don’t know what my musical style is called,” Ms. Marie said in a recent Free Press interview. She said she is not formally trained in music. “Singing is just in me.”

Her music career began at age 42 after a series of day jobs — working as a janitor, at McDonald’s and a bank.

“Music would just burst out of me all of the time,” she said.

She specializes in writing her own music. She comments on the fact that this is not the norm in jazz in one of her songs, “This Is for Joe,” after a Chicago club owner chastised her for singing original songs rather than sticking to jazz standards.

“Singing style is sometimes trial and error or mimicking styles I like,” Ms. Marie said. “I can do a lot of different vocal machinations — whistling, whispering or growling, screaming or using very, very high notes or imitating instruments, which I am not afraid to do to give a song a unique flavor.

“I just love music,” she said. “I sang everything I heard on the radio — show tunes and country westerns, R&B and pop, classical as well as jazz,” Ms. Marie remembers. “When I started singing professionally, the only musicians I knew in Richmond were jazz musicians. So jazz was a default for me.

“Jazz has a space and expectation for singers to perform outside of the box with their unique style. I love that space.”

That space also allows Ms. Marie to sport her signature short-cropped hair with an ever-changing single bang running down the center of her face — sometimes twisted or grown out naturally or straightened or even very long and thick.

“It is also trial and error,” she said of her hairstyle. “I like my one bang hairstyle, which is called a ‘noodle’ by some family members. It’s just hair.”

“I would not have gotten this far without RJS. Performing in December feels like a homecoming. I’m really excited.”