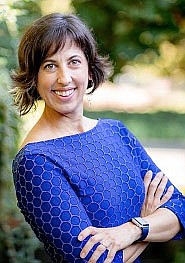 The Richmond LAJC is an arm of the 52-year-old operation based in Charlottesville and independent of traditional state-supported legal aid. It moved from 123 E. Broad St., where it has been located since first opening in 2007, to provide more room for a growing staff.

When the Richmond office opened in 2007, there were five attorneys. The Richmond center now has 21 full-time attorneys, organizers and administrative staff and acts as a hub for statewide initiatives.

The move into Suite 200 also puts the Richmond LAJC in the same building with the UR Law School’s pro bono law office in which students studying for a law degree offer services, the fair housing watchdog group Housing Opportunities Made Equal and a private law firm specializing in issues involving credit and other consumer-related issues.

“We are thrilled to be able to expand both our office and our work in the Richmond area,“ said Angela Ciolfi, LAJC’s executive director. “The Richmond community is diverse and vital, and we look forward to continuing to partner with residents and community groups to advocate for justice and challenge the systems that perpetuate poverty.”

LAJC brought a class action lawsuit against the Richmond Redevelopment and Housing Authority two years ago over electricity overcharges, which led to a settlement that recovered more than $1 million in overpayments for tenants and a change in the way RRHA bills tenants and collects for utility services.

LAJC also worked with the Richmond Transparency and Accountability Project to successfully pressure the Richmond Police Department last year to release data on citizen complaints, use of force and police reports on interactions with residents that showed African-Americans were the most impacted.

In another case in the past two years, LAJC filed a federal complaint on behalf of formerly homeless Richmond residents who were given rooms in exchange for free labor at the now-closed Akaza Hotel in Henrico County. The complaint led the hotel to pay workers living at the hotel.

The hotel building recently was sold for redevelopment.

Statewide, the Richmond LAJC has been on the front lines of the legal fight to get the state to end the practice of suspending the driver’s licenses of people who owe a court debt and part of litigation opposing changes in federal immigration policy.