Voters in Virginia are getting their chance to help select the Democratic contender to face President Trump in the fall election.

The high-stakes party primary will take place next Tuesday, March 3 — dubbed Super Tuesday because voters in 13 other states also will be casting ballots that day.

Polls in Richmond and across the state will be open from 6 a.m. to 7 p.m. to allow voters to make their choice. Any registered voter can participate because Virginia does not require voters to list a party preference and there is no Republican primary.

U.S. Sen. Bernie Sanders of Vermont and former New York Mayor Michael R. Bloomberg appear to be the front-runners in the Commonwealth, according to recent polling. But the only results that will count will be those from the ballot box.

Voters will find the names of several other people listed on the Virginia ballot, though those individuals have quit the race. They are Michael Bennet, Cory Booker, Julián Castro, Deval Patrick, Marianne Williamson and Andrew Yang.

The state Board of Elections said their names remain on the ballot because the candidates did not provide the required notice of withdrawal before the ballots were printed and absentee voting began in January.

The outcome of the election will determine how many delegates Virginia and the other Super Tuesday states will send to the Democratic National Convention to represent each of the candidates on the first ballot. This is not a winner-take-all vote; the Democratic Party, instead, awards pledged delegates based on the proportion of the total vote each candidate receives.

That does not include senators, congressmen and other party and elected officials who are “super delegates” and who can only participate in selecting the Democratic challenger if there is no first round winner.

A candidate has to win just over half, or 1,991 pledged delegates to ensure a first round victory at the convention.

With so many candidates still in the race, no one expects Super Tuesday’s results to determine the winner. Instead, the likelihood is that candidates who fare poorly will drop out. 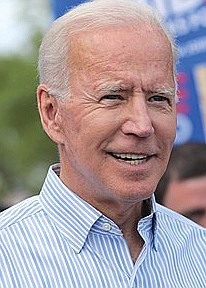 Enjoying recognition and respect earned as a former U.S. senator from Delaware and, later, as President Obama’s vice president, he is banking on his appeal to moderate voters. 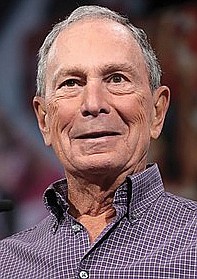