Multiracial churches growing, but challenging for clergy of color 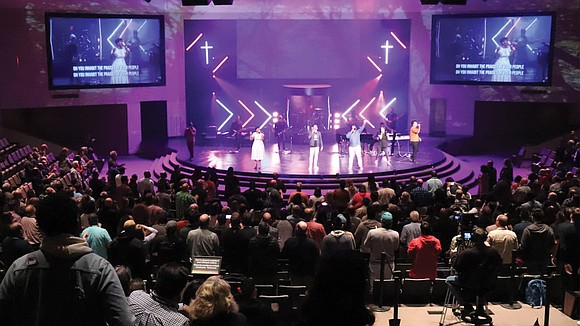 KELLER, Texas - For four hours at a megachurch outside of Dallas, pastors of color shared their personal stories of leading a multiethnic church.

One, a lead pastor of a Southern Baptist congregation in Salt Lake City, recalled the “honest conversations” he had with his 10-member leadership team before it agreed that he would present “both sides” of the controversy over quarterback Colin Kaepernick’s kneeling protests at NFL games.

A founding elder of a fledgling Cincinnati congregation expressed satisfaction with her “phenomenal church,” but said “Lift Every Voice and Sing” — the song known as the “Black National Anthem” that most African-American churchgoers learn in childhood — is so rarely featured at her multiethnic church that her younger daughter learned it instead from Beyoncé’s version.

A pastor of a church in Atlanta adapted his multicultural services so that its prayers, food and sermon illustrations included not only traditions of African-Americans and white people, but those of a member from India, who had noted that his culture had not been acknowledged.

Those leaders, who met at Mosaix Global Network’s Multiethnic Church Conference in November, are part of a decades-long, still burgeoning movement to integrate Christian worship services, aiming to refute the oft-quoted saying by Dr. Martin Luther King Jr. that Sunday mornings are the most segregated time of the week in the United States.

Dr. Michael O. Emerson, a professor of sociology at the University of Illinois at Chicago and co-author of “Divided by Faith: Evangelical Religion and the Problem of Race in America,” said recent research seems to indicate that multiethnic congregations are continuing to sprout up at an “impressive” rate. “They’re growing faster than I would have thought,” Dr. Emerson said in an interview about his ongoing work with scholars at Baylor and Duke universities.

The rapid growth can sometimes obscure the fact that life in a multiracial church isn’t always easy. Mosaix co-founder Dr. Mark DeYmaz said the discussions at the conference, which now brings together more than 1,300 pastors, denominational leaders and researchers every three years, always demonstrate to him the contradictory reality of trying to unite black, white and other church traditions under one roof.

“The way you get comfortable in a healthy multiethnic church is to realize that you go, ‘Man, I’m uncomfortable here,’ ” he said in an interview in early January.

“We embrace the tension and that’s very different than the normative church, which is trying to make everybody comfortable,” Dr. DeYmaz said.

A white former youth pastor, Dr. DeYmaz founded Mosaic Church, a multiethnic, nondenominational congregation in Little Rock, Ark., in 2001, after he grew bothered that the only people of color at the church where he had long served were janitors.