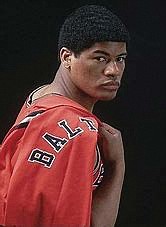 The basketball world mourns the loss of a legend.

Westley “Wes” Unseld, among the most powerful inside forces in college and NBA history, has died.

Mr. Unseld was 74 and had been in failing health for several years, said his family who announced his death on Tuesday, June 2, 2020.

The Louisville native averaged 11 points, 14 rebounds and four assists per game during a distinguished playing career from 1968 to 1981 that included five seasons with the Baltimore Bullets followed by eight seasons in Washington.

In 1978, Mr. Unseld earned MVP honors during the NBA playoffs for guiding Washington to its only NBA championship.

At 6-foot-7 and a broad, muscular 245 pounds, he never backed down from taller centers. He was known for his bone-jarring picks and powerful outlet passes to start fast-breaks.

Mr. Unseld was the epitome of a team player.

Following retirement, he later served as the Bullets’ coach, going 202-345 in seven seasons. He also had a stint as Washington’s general manager from 1996 to 2003.

Had he chosen Kentucky, he would have become the first African-American to play in the Southeastern Conference.

In three seasons on the Cardinals’ varsity team, he averaged 17 points and 21 rebounds.

Mr. Unseld was selected by Baltimore as the second overall pick in the 1968 NBA draft.

Mr. Unseld was inducted in both the College and the Naismith Memorial Basketball halls of fame.