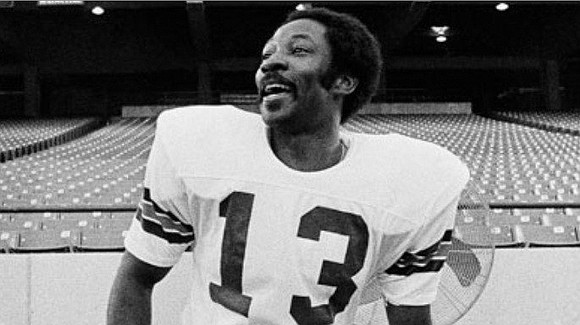 Mr. Riley was a standout quarterback at Florida A&M, where he also excelled scholastically becoming a Rhodes Scholar candidate.

He was chosen by the Cincinnati Bengals in the sixth round of the 1969 draft and was a star defensive back for the team from 1969 to 1983.

Mr. Riley returned his picks for 596 yards with and 9 touchdowns.

Following retirement as a player, Mr. Riley served two seasons as an assistant coach with the Green Bay Packers

He left Wisconsin and returned to Florida A&M University as head page coach, posting a 45-40 record from 1986 to 1993. His Rattlers won two MEAC crowns. Mr. Riley was twice named MEAC Coach of the Year. After coaching, he served as Florida A&M’s athletic director from 1994 to 2003 before retiring.

In 1977, he was inducted into Florida A&M’s Athletic Hall of Fame.