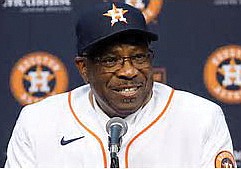 With Major League Baseball winding down, here are some storylines involving the last four standing.

Houston Astros: In searching for a “local fa- vorite,” Richmonders need look no further than the Astros’ dugout.

Dusty Baker, at 71, is going strong in his first season as Houston’s manager. Baker has guided the Astros to a wild card series 2-0 win over the Minnesota Twins and 3-1 in the Divisional Series against Oakland.

Baker starred for the Richmond Braves in parts of the 1969, 1970 and 1971 seasons, while living much of that time at the Eggleston Hotel in Jackson Ward. Following a distinguished playing career, he has managed San Francisco, the Chicago Cubs, the Cincinnati Reds and the Washington Nationals before landing in Houston.

Tampa Bay Rays: After escaping Cuba and surviving COVID-19, the Rays’ left fielder and cleanup hitter Randy Arozarena likely finds playing baseball comes easy. The latest of the Cuban defectors to make it to baseball’s top tier, Arozarena left Cuba on a raft when he was 19 and relocated to Mexico, where he was scouted and signed by the St. Louis Cardinals.

After being traded to the Rays to start this season, he contracted COVID-19, was bedridden for weeks and didn’t join Tampa until Aug. 20.

After stroking a laser-beam home run in Game 2 of the wild card series against Cincinnati, Ozuna stopped at first base to do something totally out of the ordinary. He pretended to take a selfie, smiling widely for his own make-believe camera.

The powerful Dominican, nicknamed “Big Bear,” was acquired by the Braves to start this season in an $18 million, one-year deal.

Splitting his time between left field and designated hitter, he previously played for Miami and St. Louis. 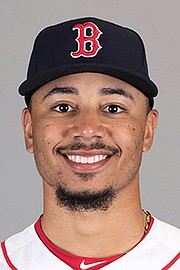 Betts signed with Los Angeles this season for a whopping $365 million over 12 seasons. It is the third highest contract in North American sports history, behind only Patrick Mahomes of the NFL Kansas City Chiefs and Mike Trout of the Los Angeles Angels.

The 28-year old, leadoff-hitting right fielder hasn’t disappointed. During the regular season, he hit 16 homers, drove in 29 runs and stole 10 bases. He is also brilliant defensively with one of the strongest throwing arms in the sport.

The Dodgers finished with by far the best record in baseball, 43-17. The momentum continued into the playoffs with sweeps over Milwaukee and San Diego.

History book: Counting time in Brooklyn and Los Angeles, the Dodgers have won six World Series, most recently in 1988.

The Atlanta Braves have won three, counting the team’s stints in Boston, Milwaukee and Atlanta. Its most recent World Series win was in 1999.

The Houston Astros won once, in 2017. The Tampa Bay Rays are looking for their first, but did reach the World Series in 2008.

The World Series has been an equal opportunity event of late. There has been a different winner every year since 2014. There will be no repeat this go-round, as 2019 champ Washington faded deep into the pack in 2020.

So hunker down and get comfortable for the first World Series to be played at the same site since 1944, during World War II. Start the popcorn popping. 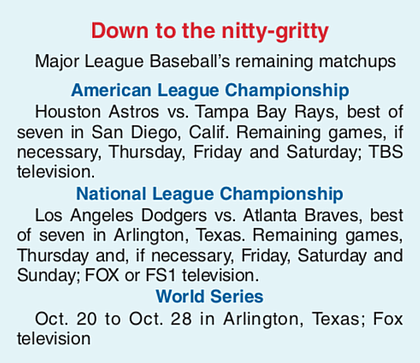