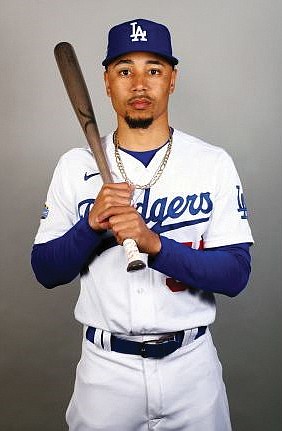 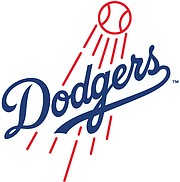 Entering this postseason, Mookie Betts of the Los Angeles Dodgers was an established marquee attraction, a leading man if ever there was one.

In sharp contrast, Randy Arozarena of the Tampa Bay Rays was little more than an extra in Tampa’s supporting cast. That said, both have arrived at the same much desired destination: The 116th World Series.

The Betts versus Arozarena matchup of outfielders could help decide whether the Dodgers or the Rays wind up with baseball’s top prize.

Without Betts, it’s unlikely the Dodgers would be where they are now. The right fielder made two scintillating game-saving catches against the Atlanta Braves during the National League playoffs.

From Nashville, Betts is a four-time All-Star, the 2018 MVP, a four-time Gold Glove recipient and three-time Silver Slugger champ. He was key to the Boston Red Sox’s 2018 World Series title. Betts was traded by the Red Sox earlier this year to the Los Angeles Dodgers.

Known as the “Cuban Rocket,” Arozarena defected from Cuba at age 19 and was obtained in the offseason by Tampa Bay from the St. Louis Cardinals. He missed much of the start of this season recovering from COVID-19.

Arozarena has turned these playoffs into a coming out party like none other. He has stroked seven home runs and gone 21-for-55 while earning the American League Championship Series MVP.

A free spirit, Arozarena also showed off another talent following the Rays’ Division win over the New York Yan- kees. In an impromptu, on-field “dance off” with teammate Brett Phillips, Arozarena stole the show by busting some breakdancing moves that sent everyone into a frenzy.

Which brings us to baseball’s version of the “Last Dance,” the World Series.

Who figures to be in the spotlight in the end? Will it be on one of baseball’s most recognizable players or the new kid the block?

Format: Winner of the best of seven games

Location: All games at Globe Light Field in Arlington, Texas, home of the Texas Rangers

History: The Los Angeles Dodgers have won the World Series six times, most recently in 1988. The Tampa Bay Rays have never won a World Series.

Name game: The Dodgers got their nickname when the franchise was in Brooklyn, N.Y., and fans had to “dodge” the trolley cars to get to Ebbets Field. The Dodgers moved to Los Angeles in 1958. Tampa originally was supposed to be the Sting Rays in 1998. The plans changed when it was learned the Maui Sting Rays in Hawaii owned rights to that name. So Tampa switched to the Devil Rays until 2008, when it dropped the word “Devil.”