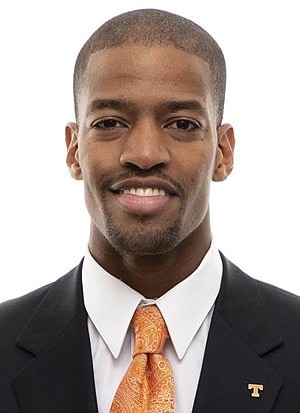 Kim English is the latest addition to the small ranks of Black head basketball coaches at NCAA Division I schools.

The Baltimore native and former All Big-12 standout at the University of Missouri has been hired as the new head coach at George Mason University in Fairfax.

Most recently, Coach Eng- lish was the assistant coach under Rick Barnes at the University of Tennessee.

Coach English, 32, succeeds Coach Dave Paulsen who in six seasons was 95-91 overall and 47-57 in the Atlantic 10 Conference affiliate.

Coach English becomes the second Black head coach at GMU. Coach Paul Hewitt served in that capacity from 2011 through 2015.

A-10 member Fordham University is currently in search of a head coach.

The only Black coaches to lead their teams to the NCAA title are Coach John Thompson of Georgetown in 1984, Coach Nolan Richardson of Arkansas in1995, Coach Tubby Smith of Kentucky in 1998 and Coach Kevin Ollie of Connecticut in 2014.

Houston coach Kelvin Sampson was born in the Lumbee Indian community of Deep Branch in Robeson, N.C. He starred in basketball at UNC-Pembroke, affiliated with the Lumbee Tribe.