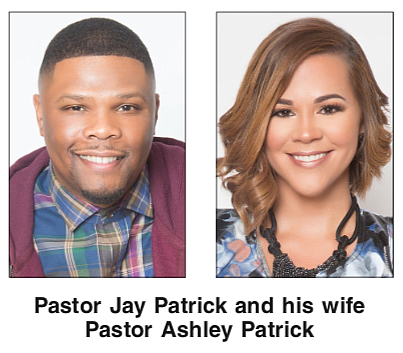 Liberation Church, whose motto is “We love people, show kindness and serve change,” held its first joint service on Easter Sunday at the 13-acre campus at 5501 Midlothian Turnpike where the ROC, renamed Celebration Church and Outreach Center, had operated independently since 2007.

The religious property, though tax-exempt, is valued at $15 million, according to city assessment records that also show the property is still listed in the ROC’s name.

According to Celebration officials, Pastor Patrick, a Pittsylvania County native and Hampden-Sydney College graduate who began the church in his home in 2006, was named to lead the combined churches in March.

Members of the Celebration board could not immediately be reached for comment, and the board has not issued a statement on Pastor Patrick’s selection or what impact the merger will have on Celebration Church’s ownership of the property. It is not clear whether both churches will retain separate identities or whether the Celebration name will be retired.

Pastor Patrick issued the only information ahead of the Easter service. He took to social media to announce that he and his church now hold the keys to the property.

Ashley Patrick, his wife and Liberation’s executive minister, joined him for the announcement. In the announcement, Pastor Patrick said Celebration’s board had given Liberation control of the church’s property debt-free, along with six vans and a box truck.

Also on the property is a café/restaurant space and “a thrift store that is fully functional,” he said. Celebration also operates a second Love of Jesus Thrift Store at 5158 Nine Mile Road.

The Patricks said the thrift stores would remain in operation to help provide affordable clothing and other items to the public. They also said they will continue Celebration’s food pantry that they said currently serves 1,600 people a week.

Pastor Patrick said there also would be no changes in the operation of a separate Celebration property that provides shelter and services to victims of domestic violence and sex trafficking.

The Patricks said they are up for the challenge of maintaining and expanding Celebration’s one-stop outreach center that has sought to serve people who are unemployed, homeless, addicted or otherwise in need. The Patricks have operated food distribution and other outreach programs at Liberation.

As a result of the pandemic, “our city is being ravaged by unemployment and poverty,” Pastor Patrick said, ticking off statistics about the increase in homelessness, hunger and addiction.

A fast-growing church, Liberation has operated a housing and outreach center for veterans at 1201 Hull St. since 2013, and had relocated its sanctuary in 2017 to 5200 Midlothian Turnpike, which it purchased for $1.2 million from the United Nations Church International, which has taken over the former Richmond Christian Center on Cowardin Avenue.

The Celebration property previously was associated with Geronimo “Pastor G” Aguilar, who founded the Richmond Outreach Center in 2001 when he came to the city.

The center grew into one of the area’s largest churches and won attention and praise from local and state political figures for its work to uplift people with an array of services.

But the program and its leader became engulfed in scandal in 2013 when Pastor Aguilar was arrested on Texas charges of felony sexual assault of underage girls while serving as a youth minister in Fort Worth before coming to Richmond.

In 2015, the once celebrated Richmond minister was sentenced to 40 years in prison. In the aftermath, the ministry adopted the Celebration name and sought to move forward. It is known that church membership has declined.