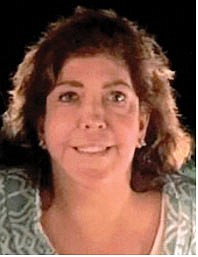 Described by one of Mr. Hilbert’s colleagues as the “shadow 10th member” of the City Council during Mr. Hilbert’s 16 years of service, Ms. Mandt, who already was in fragile health, succumbed to COVID-19 in a local hospital on Monday, Jan. 25, 2021, Mr. Hilbert said. She was 55.

Mr. Hilbert said he plans to hold a memorial celebration of her life at St. Paul’s Episcopal Church in Downtown on Wednesday, Nov. 3, on what would have been her 56th birthday and at a time he said the pandemic hopefully will allow larger gatherings.

The former councilman, who stepped down when his term expired on Dec. 31, said that he counted on his wife’s counsel and constant support in serving the district. Ms. Mandt, he said, pushed him to make his first bid for office in 2004. He said he was fuming over crime levels after a neighbor was attacked and injured in his own yard.

Mr. Hilbert recalled his wife telling him, “Well you can stew about it or you can do something about it,” so he entered the council race. He upset the incumbent and won the seat.

Ms. Mandt was a role model for turning lemons into lemonade, Mr. Hilbert said. A domestic abuse survivor, she devoted much of her working life to advocating for and raising money for victims’ rights groups.

One of her signature projects was a collaboration with 68 Virginia domestic violence shelters and programs that generated a huge quilt made up of handsewn squares containing messages of strength and unity created by abuse survivors. She also enlisted actress Sissy Spacek and then-state Attorney General Jerry Kilgore as honorary chairs of the project. Unveiled in 2009 at the Library of Virginia, the finished quilt measured 150 feet long and 10 feet wide.

Mr. Hilbert said the quilt, which “started as a simple idea,” transformed into a symbol of the qualities that Ms. Mandt exemplified, “strength and self-reliance.” A portion of the quilt, he said, remains on permanent display in the lobby of the attorney general’s office in Downtown.

Mr. Hilbert said he met the New York native at St. Alban’s Church in Washington while attending an Episcopal conference. At the time, Ms. Mandt was working for the nonprofit anti-hunger advocacy group Bread for the World.

“I got lost in her blue eyes,” Mr. Hilbert said.

Along with supporting her husband in politics, Ms. Mandt continued her own career. For a time, she served as a coordinator of volunteers for the United Way of Greater Richmond and Petersburg and directed fundraising for Family Lifeline and for the Salvation Army. For several years, she commuted to New York to work with the Joe Torre Safe at Home Foundation, whose mission is to end domestic violence.

Before her health failed, Ms. Mandt also operated her own fundraising consulting firm and worked with such nonprofit clients as the Comfort Zone Camp for children and youths grieving a loss and the Diversity Thrift initiative that supports LGBTQ advocacy and programs.

Mr. Hilbert said those who knew his wife described her as being on a mission to help people.

Her passion for helping others, he said, “was matched by her love for entertaining. Sheila was the ultimate hostess” and enjoyed welcoming people to their home.

Along with her husband, survivors include her brothers, Neil Mandt and Michael Mandt.

The family requests memorial contributions be made in her honor to the Richmond SPCA, 2519 Hermitage Road, Richmond, Va. 23220 or online at richmondspca.org.