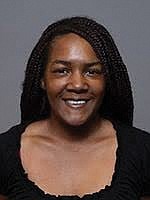 Bianca Smith is blazing a new trail in professional baseball.

The Dartmouth College alumna is the first Black female to be hired as a coach by a Major League Baseball franchise.

The Boston Red Sox have selected Ms. Smith to serve as a minor league hitting instructor at their spring training complex in Fort Myers, Fla.

Smith previously has completed internships with the baseball operations departments of the Texas Rangers in 2017 and the Cincinnati Reds in 2019.

She also has worked with collegiate athletic departments at Case Western Reserve University in Cleveland and the University of Dallas.

Most recently, Smith was an assistant coach at Carroll University in Wisconsin.

A native of Pennsylvania, Smith was primarily a pinch runner in two seasons of fast-pitch softball at Dartmouth. She never batted for the Big Green.

Several white females have been hired in recent years by MLB teams. Among them are Rachel Balkovec by the New York Yankees, Rachel Folden by the Chicago Cubs, Christina Whitlock by the St. Louis Cardinals and Alyssa Nakken by the San Francisco Giants.