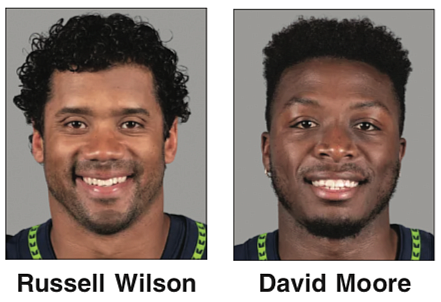 The Seattle Seahawks had the lead and the ball with less than 30 seconds left on the clock Sunday, Jan. 3. All they had to do was take a knee to lock up a 26-23 victory against the San Francisco 49ers.

But instead of lining up in victory formation, quarterback Russell Wilson, formerly of Richmond, made a peculiar play call that resulted in a $100,000 bonus for his teammate.

With 22 seconds left in the game, Wilson tossed a pass to receiver David Moore, who gained five yards before running out of bounds. On the following play, the Seahawks took a knee, finishing their season with a 26-23 win.

After the game, Wilson explained why he made the unusual play call: Moore needed 35 catches in order to receive a $100,000 bonus.

“It’s a blessing to be able to help his family and his daughter and all of that stuff,” Wilson told reporters. “So we wanted to get him that catch, and we were able to dial that up for him that last play.”

Wilson said that he wanted to help Moore get a catch but throughout the game, the ball kept finding receivers Tyler Lockett and D.K. Metcalf.

“I tried to get one to him earlier but they (Lockett and Met- calf) kinda covered it,” Wilson said. “So it was, Ah shoot, OK” And then it was the last drive we got the ball back and we’re in the huddle, and I was like, ‘Hold on, let’s get this call here.’

So we were able to do that.”

Quarterbacks coach Austin Davis also was a part of the plan to help Moore make his 35th career reception.

“Austin and I were talking about it on the sidelines as well,”

Wilson said. “So we were able to get in that last play and he got that catch.”

Moore’s base salary with the Seahawks is $825,000 this year with a $75,000 signing bonus. The bonus achieved with the help of his teammates will increase Moore’s income by over 12 percent.

“It’s pretty cool,” Wilson said. “And he’s worked so hard this year so he definitely earned it.”

Wilson wasn’t the only quarterback to help his receiver hit a bonus on Jan. 3. In the waning seconds of the Tampa Bay Buc- caneers game against the Atlanta Falcons, Tom Brady dialed up three straight shovel passes to Antonio Brown so he could hit a similar performance bonus for his production.