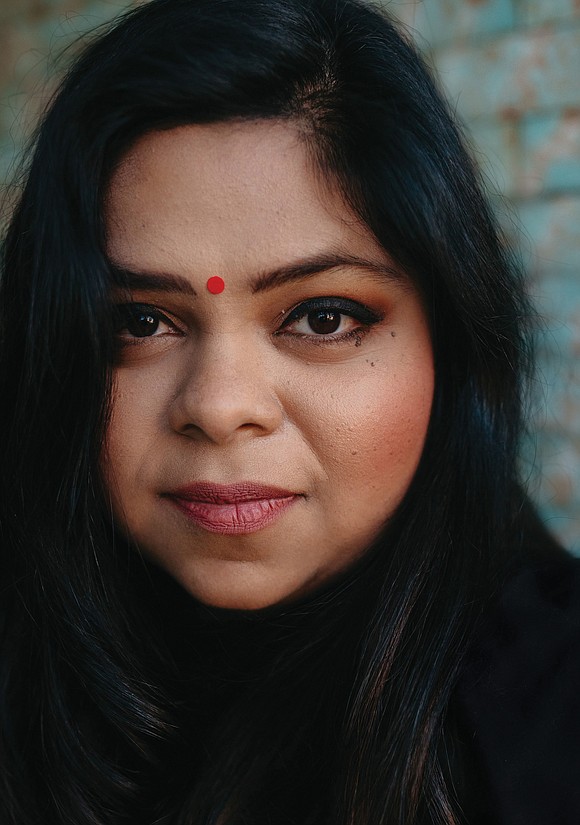 From the confines of her home to the heights of national television, Keya Desai Wingfield is making waves in the world of cooking.

A native of Mumbai, India, Ms. Wingfield’s largely self-taught culinary skills proved to be the X-factor needed for her to emerge as the winner of the Food Network’s 2021 Spring Baking Championship.

It was a unique, nerve- wracking experience, especially given the dangers of the COVID-19 pandemic, but one that saw Ms. Wingfield celebrated and rewarded for creating dishes that spoke to her palate and personal sense of flair.

A cassata cake, a colorful and multi-layered confection of strawberry, pistachio and golden milk cake with walnut buttercream icing.

“I was in disbelief,” says Ms. Wingfield when asked about her reaction to her win. “I was honored that they allowed me to be myself and that they recognized my point of view.”

Ms. Wingfield first began baking about 11 years ago, working from simple beginnings in her apartment and furthering her craft over time in the kitchens she worked in at Reynolds Community College.

Her work eventually blossomed into a business, Candy Valley Cake Company, a play on the Kandivali neighborhood in Mumbai where Ms. Wingfield lived. She later renamed her business Keya & Co., where she sells a variety of culinary delights and hosts virtual cooking classes. In the wake of her national win, which included a $25,000 prize and a feature in Food Network Magazine, Ms. Wingfield’s business has seen a surge in new interest.

The path to this new attention wasn’t easy, however. The selection process alone for the competition was extensive, according to Ms. Wingfield, with multiple interviews held before she was chosen as a participant.

“I was nervous at first, mainly because I knew I would have to travel to Los Angeles to film the show and I had never stayed away from my daughter for that long,” Ms. Wingfield says. “And then, of course, facing the uncertainty of how I’d do on the show, what the other contestants would be like, etc.”

Once the championship began, competitors and their cooking spaces were carefully managed to avoid any exposure to the coronavirus. Competing during a pandemic only added to the many concerns she was juggling on a national stage— and made her ultimate win all the more surprising and exciting.

Ms. Wingfield is not resting on the laurels of her victory. Already, she is looking to further her growth as a chef and create new treats. She also wants to return to television, bringing with her the experience and knowledge she could provide to others and the confidence of someone whose hard work has been recognized and validated.

“I’m hoping to be able to return to Food Network soon and provide virtual bake-alongs and classes for everyone,” Ms. Wingfield says.

How I was invited to participate in the Food Network’s Spring Baking Championship: I was contacted via my Instagram account. I went through a rigorous “hiring” process to be selected for the show. There were multiple interviews leading up to being selected.

Reaction to being chosen: When I found out I was one of the main cast, I was nervous at first, mainly because I knew I would have to travel to Los Angeles to film the show and I had never stayed away from my daughter for that long. And then, of course, facing the uncertainty of how I’d do on the show, what the other contestants would be like, etc.

When and where Spring Baking Championship was filmed: In September 2020 in Los Angeles at Terranea, a luxurious resort.

Stress of competing and filming during a pandemic: This was looming over everyone’s head — filming in a pandemic. However, Food Network had a solid plan in place and a COVID team to keep things in check. Everything was being sanitized around the clock and we, the cast and crew, filmed in a bubble of sorts since no one left the resort and we all got tested for COVID-19 every other day.

Most anxious moment in competition: It has to be around Episode 8. We had been filming a lot and I felt myself losing steam, especially as the competition got more intense. A competition show of this nature relies heavily on your ability to go the distance.

How I felt when I was announced the winner: I was in disbelief. I was honored that they allowed me to be myself, making food to suit my palate with my flair, and that they recognized my point of view.

Finale winning creation: I made a cassata cake, an Indian version of Neopolitan cake. It had layers of strawberry, pistachio and golden milk cake, with a walnut buttercream icing.

Most memorable comments from judges: My favorite was when Kardea Brown, upon tasting the cake I had made, said, “You know how sometimes something is so good that you just want to cuss? Like really cuss!”

Lessons learned from competition: To believe in myself and appreciate my ability to be resilient.

Besides bragging rights, I won: A feature in the Food Network Magazine and $25,000.

Favorite baked item for myself and family: It has to be a simple chocolate cardamom cake or my favorite, Gulab Jamun cake.

Ways to taste my baking creations: You can sign up on my site to receive emails or follow me on Instagram to get updates on pop ups, classes, bake-alongs and sales.

Best late-night snack: Masala chips, or cake, whichever is around.

How I unwind: This will sound odd, but I like to lock myself in the kitchen and spend time making something and then photographing it. I also like to read or make a trip to the beach.

What I have learned about myself during the pandemic: I have learned that I should be more forgiving toward myself and that I’m truly doing the best I can.

Something I love to do that most people would never imagine: Maybe creating the kind of food I make. It takes creativity and a deep understanding of the two cultures I draw from.

Quote that I am most inspired by: “Someday we’ll find it, that rainbow connection, the lovers, the dreamers and me.” – From song, “Rainbow Connection” by The Muppets.

At the top of my “to-do” list: My to-do list is always long, mainly because I create a lot of work for myself. On the very top always, however, is to spend time with my daughter. I usually start my day connecting with her.

Best thing my parents ever taught me: To love and to be kind.

Person who influenced me the most: My dad. He was an ocean of courage.

Book that influenced me the most: I remember the rebel sense I felt after reading Ayn Rand’s “The Fountainhead.” Admittedly, I was too young to truly understand what the book meant back then. I did re-read it years later.

What I’m reading now: “Everyone Poops” by Taro Gomi. Potty training for my toddler is in full swing!

Next goal: To continue to evolve in my field of work; to create. I’m hoping to be able to return to the Food Network soon and provide virtual bake-alongs and classes for everyone.