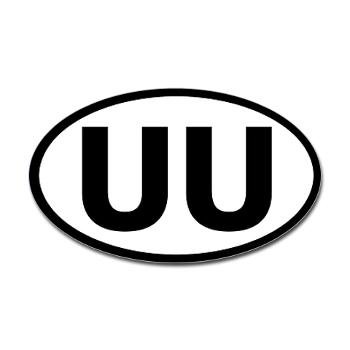 The Birmingham Pledge to end racism is painted on the wall of the city’s police headquarters in Birmingham, Ala.

“I will discourage racial prejudice by others at every opportunity ...” the pledge on the wall reads. A painting of four white and black boys with their arms around each other accompanies the pledge, which first circulated around Birmingham about two decades ago.

“It was very powerful to see it so visibly displayed,” Ms. Marquis said.

Ms. Marquis, 59, is bringing those ideals to Richmond by working with the First Unitarian Universalist Church of Richmond to circulate a Richmond web version of the pledge, which has more than 300 signatures at last count. Unitarian church mem- bers circulated the pledge among their congregation and now are reaching out to other churches and the greater Richmond community for their support and signatures.

People who sign the online pledge launched in Richmond this year on Dr. Martin Luther King Jr. Day commit to “strive daily to eliminate racial prejudice from my thoughts and actions,” as well as to “treat all people with dignity and respect.”

They also commit to “working with others to transform the Greater Richmond region into a place that treats people of all races, ethnicities and cultures with justice, equity and compassion.”

Pledge takers are committing to improve the lives of Richmond residents by fighting racism in themselves and in the community, said Ms. Marquis.

“Our end goal is to have more active involvement, specifically of the faith community in the region, to come together and address inequality,” Ms. Marquis said.

The church is hosting monthly classes on “living the pledge” to help people keep it, Ms. Marquis said.

Ms. Marquis hopes the pledge will start a conversation about race at a time when she sees civil rights eroding, from the weakening of the Voting Rights Act to the recent visible displays of police brutality against black Americans.

Racial tensions in the country have heightened after two incidences where a grand jury declined to indict a white police officer for the killing of a black man, according to a Gallup poll that tracks opinions on race relations in the United States.

In December, 13 percent of respondents said racism was the most important problem in the country, a drastic uptick from the 1 percent who responded similarly to the question in early November.

“I think words are powerful. I really do,” said Ms. Keel, a Richmond resident who works to fight racial inequality but was not aware of the pledge. “Don’t let it just be words that leave your mouth but don’t have action behind them. Tell someone of your affirmation.”

But sometimes the stereotypes and prejudices are perpetuated thoughtlessly.

Ms. Keel said some people repeat hurtful jokes or stories they hear in popular media that perpetuate stereotypes and prejudice. “It comes down to thinking before you speak,” Ms. Keel said. Jonathon Zur, president and CEO of Virginia Center for Inclusive Communities, said that he reminds himself to be inclusive of all groups of people when talking about social issues. “If I’m not being intentionally inclusive, then I’m running the likelihood of being unintentionally exclusive,” Mr. Zur said, adding he plans to sign the pledge.