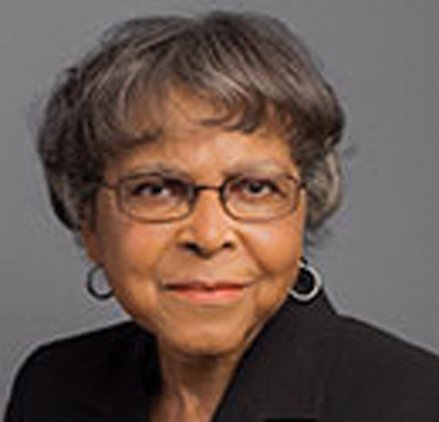 Dr. Ruth Coles Harris was the first African-American woman in Virginia to be certified as a public accountant.

The great-granddaughter of slaves, she passed the two-day CPA examination in 1962, when fewer than 100 African-Americans across the nation were CPAs.

Dr. Harris also taught in the Commerce Department at Virginia Union University for nearly 48 years and was the first director of the Sydney Lewis School of Business.

She is among eight women being recognized at the 2015 Virginia Women in History program from 6 to 8 p.m. Thursday, March 26, at the Library of Virginia, 800 E. Broad St. in Downtown. The program is free and open to the public.

Other women being honored:

• Poet, civil rights activist and Virginia Tech professor Nikki Giovanni. She has won the Langston Hughes Award and seven NAACP Image Awards for her thought-provoking poetry that addresses social issues. She is the first recipient of the Rosa L. Parks Woman of Courage Award given by the Southern Poverty Law Center.

• Vivian W. Pinn of Lynchburg was the only woman and only African-American in her medical school class at the University of Virginia when she entered in 1963. Later, she became chair of the Department of Pathology at the Howard University College of Medicine in 1982. She was the first African-American woman to hold such a position in the United States. In 1991, she became the first full-time director of the Office of Research on Women’s Health at the National Institutes of Health.

• The late Rebekah Dulaney Peterkin of Richmond founded Sheltering Arms Hospital in Richmond in 1889. It remained the state’s only independent hospital to provide free medical and surgical care until 1981, when it changed its focus to rehabilitative services.

• Karenne Wood of Fluvanna County is a member of the Monacan tribe. She is completing a doctoral degree in anthropology, for which she began an effort to document and revive the Monacan language. She has served on the Monacan tribal council and served as tribal historian.

• The late Dorothy Shoemaker McDiarmid represented parts of Fairfax County in the House of Delegates from 1960 to 1962, from 1964 to 1970 and from 1972 to 1989. She championed the rights of women and children through legislation. From 1986 until she retired, she chaired the House Appropriations Committee, the first woman to preside over the committee that produces the state’s budget.

• The late Elizabeth Bray Allen Smith Stith of Isle of Wight County used her own funds to establish a free school for poor children in Smithfield in 1753.

• The late Nancy Melvina “Vinnie” Campbell represented Carroll County in the House of Delegates in 1928. She was one of four women serving in the legislative body at the time.

Separately, the Library of Virginia is hosting a symposium, “To Be Sold: The American Slave Trade from Virginia to New Orleans,” from 9 a.m. to 5 p.m. Saturday, March 21, in the library’s lecture hall.

The event will be hosted at joint locations in Richmond and New Orleans.

Five speakers in Richmond will discuss “Virginia and the American Slave Trade” from 9 a.m. to 12:45 p.m. They are Maurie D. McInnis, Charles B. Dew, Alexandra Finley, Calvin Schermerhorn and Phillip Troutman.

Five speakers at the Historic New Orleans Collection museum will then focus on “New Orleans and the American Slave Trade” from 2 to 5 p.m. They are Walter Johnson, Edward Baptist, Stephanie Jones-Rogers, Larry Powell and Adam Rothman.

The event is sold out, but will be streamed online at www.lva.virginia.gov/news/calendar.asp or www.virginiamemory.com/exhibitions/to-be-sold/symposium