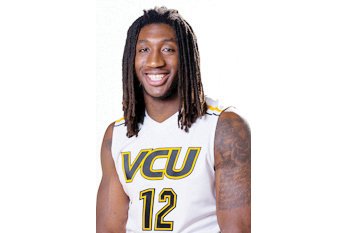 Virginia Commonwealth University doesn’t have an intercollegiate football team. But surprisingly, it may have an NFL prospect.

“Go back and watch some footage from the NCAA tournament. You see dreads flying, people hitting the floor, people getting out of the way. He’s going to be a guy we test out and make a football player.”

Davis is a former defensive back at the University of Tennessee who played the 1987 NFL season with the Dallas Cowboys.

Listed at 6-foot-7 and 250 pounds, the powerfully built Alie-Cox averaged 10.4 points and 5.1 rebounds, while blocking 68 shots for Coach Will Wade’s Rams during the 2015-16 basketball season. Alie-Cox was redshirted as a Ram freshman and will be a fifth-year senior for 2016-17.

Alie-Cox was signed out of Middleburg Academy in Northern Virginia by former VCU Coach Shaka Smart. Middleburg, like VCU, has no football program.

VCU had a club football team in the early 1970s, but never has competed on an intercollegiate level.

Following the 2007 basketball season, which is recalled as the year the Rams upset Duke University in the NCAA Tournament, VCU basketball standout Jesse Pellot-Rosa signed a free agent contract with the New York Jets but failed to make the team.