Gordon to be among highest paid city officials 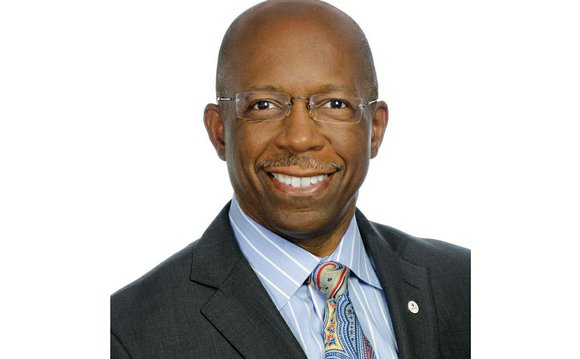 Reginald E. “Reggie” Gordon is looking forward to the new challenge of leading the Office of Community Wealth Building, City Hall’s anti-poverty initiative, after nine years of overseeing American Red Cross operations in the Richmond area and most of the state.

Set to assume his new director post June 13, the 55-year-old Richmond native believes he has the experience in previous stints as a legal aid lawyer and coordinator of area homeless services to make a difference.

He wants to be involved in a community that is “ready to be transformative” on the issue of poverty and “building on what has been accomplished already.”

One thing is certain: Mr. Gordon will be among the highest paid city officials when he takes over one of the smallest programs in City Hall.

He will oversee a staff of about 10 people and have a total budget of $1.8 million.

His starting salary: $142,500, according to the mayor’s press secretary, with an additional $6,000 in deferred pay for retirement.

That pay level will put him on par with managers of far larger operations, such as the director of public utilities, Robert Steidel, and the director of parks, recreation and community facilities, Dr. Norman C. Merrifield, according to a list of salaries of top city employees for the fiscal year that ended June 30, 2015.

(The city has not yet provided current salaries for directors and managers in the unclassified service, though the Free Press has requested them.)

Based on the 2015 salary listing, Mr. Gordon will be paid more than 13 other top managers at City Hall, ranging from the directors of the public libraries and the city’s budget office to the directors of procurement, justice services and inspections and permits, also known as the building commissioner.

Even the salaries of the mayor’s chief of staff and the mayor’s press secretary are listed as being lower than Mr. Gordon’s starting pay.

While comparable to his salary at the Red Cross, Mr. Gordon’s city salary also is a big jump from his predecessor, Dr. Thad Williamson, who was paid $107,000 annually, or $35,500 less than Mr. Gordon’s starting pay.

Mayor Dwight C. Jones, who announced the appointment, and the city’s chief administrative officer, Selena Cuffee-Glenn, who officially made the appointment, have a free hand in setting salaries.

They are not required to explain their salary decisions to anyone, including Richmond City Council, which sets salaries only for its own appointees, such as the city auditor, city assessor and city attorney. The council’s chief of staff, Lou Brown Ali, is listed as making $139,731, which is less than Mr. Gordon. — JEREMY M. LAZARUS