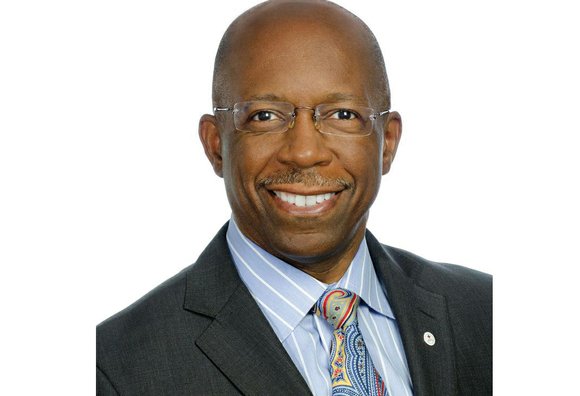 His appointment is effective June 13.

“We have been well served by Thad Williamson and appreciate the sabbatical he took to work with us” for the past two years, Mayor Jones stated in the announcement.

In Mr. Gordon, “I am confident we’ve identified the right fit for this next phase of community wealth building,” the mayor stated.

Mr. Gordon will oversee an office with 11 employees and a $1.8 million budget. Most of the budget is spent on the Center for Workforce Innovation, a city effort to provide employment opportunities to lift people out of poverty.

Mr. Gordon was not immediately available for comment, but is expected to be eager to accept the challenge of working to reduce poverty in the city, where one in four residents lives below the poverty line.

He is taking a risk as his appointment will last only so long as Mayor Jones is in office. Like other administrators, he could be replaced when the new mayor, to be elected in November, takes office in 2017.

Others wonder how much he can accomplish as the November elections for the next mayor and City Council loom.

“He may be a good appointment,” said Art Burton, director of Kinfolks Community, a nonprofit that seeks to uplift people in the Mosby Court public housing community. But “the goals and plans for the office are already in place. He’s more of a caretaker. It will be up to the next mayor to determine whether this office will take a more aggressive approach to dealing with the issues and problems involved with poverty. So far, that has not happened.”

A Richmond native and North Side resident, Mr. Gordon will bring substantial experience working with programs to benefit the homeless and low-income people to his new post.

A graduate of Thomas Jefferson High School and Duke University who later earned a law degree from Howard University, Mr. Gordon began his career as a legal aid lawyer in Emporia, addressing the concerns of poor people.

He left to work as a lawyer and ethics officer for the American Red Cross in Washington, then returned to Richmond to become a fundraiser with the United Way of Greater Richmond and Petersburg.

In 1998, Mr. Gordon became the first executive director for Homeward, a pioneering agency United Way launched that has led the coordination of services for the homeless in the Richmond region. The agency is now independent.

He moved in 2005 to become executive director of the William Byrd Community House, a multiservice agency, now defunct, that provided services to low-income children, families, seniors and single adults from its base in Oregon Hill.

Two years later, Mr. Gordon was tapped to be the CEO of the Greater Richmond Chapter of the Red Cross. He has led the chapter’s expansion to serve Eastern Virginia.

Seeking to benefit the community, he joined with several friends to create a giving circle for African-American men to donate to nonprofits that work with children and promote education, including Kinfolks.

Mr. Gordon is the recipient of numerous volunteer and leadership awards, a testament to his engagement in a range of other activities.

Among other things, he currently is a member of the Mayor’s Anti-Poverty Commission and represents the city on the board of the Greater Richmond Transit Co., where he was among supporters of the GRTC’s Pulse, the $65 million bus rapid transit system that is to begin construction by September.

He also serves on the board of the Commonwealth Public Broadcasting Corp. and is a community trustee for the Junior League of Greater Richmond. He also has been a supporter of Boaz & Ruth and the Richmond Organization for Sexual Minority Youth (ROSMY).

Mr. Gordon also is a past chair of Leadership Metro Richmond’s board and has served on the boards of Bon Secours Healthsource, the Rotary Club of Richmond, the Richmond Memorial Health Foundation and the Dominion Energy Share Customer Advisory Board.