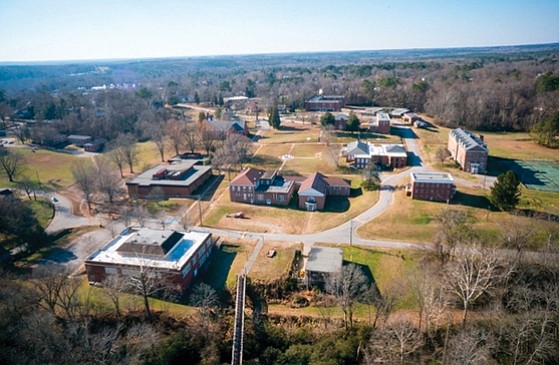 The former Saint Paul’s College might one day welcome students again to its campus in Brunswick County — but possibly under a different name.

Xinhua Education Investment Corp., a Chinese-backed group, purchased the remaining property of the historically black college on Nov. 27, according to county court records.

The group secured about 130 acres and about 30 campus buildings in Lawrenceville, the county seat, the records show.

Representatives of Xinhua could not be reached for comment.

However, Millard D. “Pete” Stith Jr., a former president of the college that closed in 2013, said he was told that the group envisions opening a for-profit school for American and Chinese students.

Mr. Stith served as the 11th and final president of the private school that Episcopal priest James Solomon Russell founded in 1888. Mr. Stith said he was told of Xinhua’s plans when he met with representatives about three months before the sale was completed.

A former deputy county manager for Chesterfield County and now a consultant to Sussex County, Mr. Stith handled the day-to-day work of shutting down Saint Paul’s when it was closed.

The brother of the current interim president of Norfolk State University, Dr. Melvin Stith, Mr. Stith helped remaining students find new schools after the closing, found buyers for priceless books and records and sold off some of the property to raise funds to maintain the rest. He ended his work and left the school in April 2015.

The Xinhua group bought the property from the federal Pension Benefit Investment Corp., which gained the property after the college defaulted on retirement benefits for employees, and the independent government agency stepped in to ensure retirees got paid.

Saint Paul’s $5 million endowment was turned over to a national bank to repay a loan the board approved years earlier to support the school’s football team.

Until Xinhua came along, there had been little interest in the property that had been on the market for four years.

The last serious interest came from the federal government, which sought to lease the property for use in holding undocumented children detained by federal immigration officers. That proposal collapsed in the face of opposition from area residents.