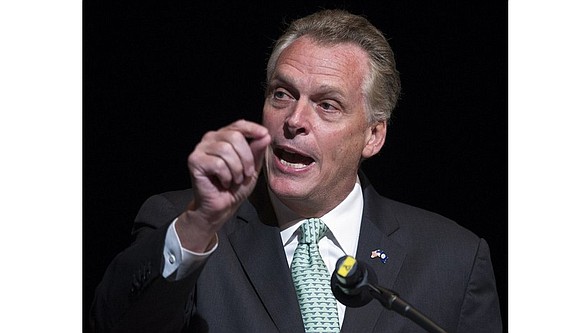 As 85 of the most common 100 American names — Jackson, Hernandez, Kim belong disproportionately to voters of color, it’s no surprise that the list targets 1 in 9 of Virginia’s African-Americans.

That is the reason why the NAACP, the Rev. Jesse Jackson’s Rainbow PUSH Coalition, the ACLU, Common Cause and others have begun a movement to stop Mr. Kobach’s Crosscheck.

True, the Virginia Board of Elections states that not everyone on the Kobach lists gets purged. Some folks on the lists have moved out of state. But there is not a single proven case of a Virginian voting a second time in another state. This whole racially biased voter purge is created solely for the purpose of stopping a “crime” that does not exist.

Virginia does need to maintain clean voter files. But for that, it pays to use a system called ERIC, created by the non-partisan Pew Charitable Trust.

The Virginia Board of Elections claims purging names on Mr. Kobach’s hit lists is done carefully because postcards are sent to all people tagged — absurdly, even to those whose names clearly don’t match. The postcard looks like junk mail — and you only lose your vote if you don’t send back the card.

The crime, then, is not voting twice, but seemingly failing to return a postcard.

In a recent suit against Crosscheck’s use in Indiana, the NAACP, League of Woman Voters and the Brennan Center for Justice at New York University School of Law specifically cite the disastrous, racist application of Crosscheck in Virginia.

The massive bias in Mr. Kobach’s Virginia target list, and the overwhelming error rate, make this nothing more than a racial voting rights disaster.

New York, Washington, Oregon and Florida have dumped Crosscheck. Why not Virginia?

Gov. McAuliffe has taken a courageous stand in re-enfranchising ex-felons. This is much easier: Protecting Virginians from the attack by President Trump’s partisan voter suppressors.

So we ask for this parting gift to our democracy. Gov. McAuliffe, put an end to Virginia’s participation in this ugly new Jim Crow attack on voting rights.

Mr. Flowers, a radio host of The Gary Flowers Show on Rejoice 990, is a member of the National Commission for Voter Justice and previously served as national field director with the Rainbow PUSH Coalition.

Mr. Palast is a freelance journalist and author. He directed the 2016 film, “The Best Democracy Money Can Buy,” that centers on his investigation for Rolling Stone magazine of voter suppression tactics used by the Trump campaign during and after the 2016 presidential election.