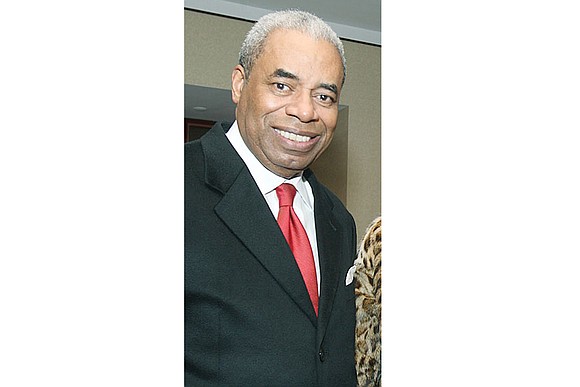 But at 77, the retired Richmond physician has decided “it is time to let someone else take over.”

He told the Free Pres recently that he attended his final meeting in October when he resigned as chairman after 30 years and announced he was leaving the board on which he served for nearly 40 years.

Dr. Royal, who also was chairman for 30 years of Virginia Union University’s Board of Trustees, has not left all of his board positions. He is still listed as board chairman of the Robert Russa Moton Museum, the civil rights museum in Farmville, and as a member of the board of trustees of Garland Avenue Baptist Church.

As he looks back on his role at Meharry, Dr. Royal said he believes his top accomplishment for the 140-year-old medical school was to leave it “on a solid financial foundation.”

Meharry is the second oldest African-American medical school in the nation and the first in the South. While the school is best known for training physicians, Meharry also trains dentists, public health specialists and biomedical researchers. His son, Frank S. Royal Jr., serves as executive vice dean for academic affiliations.

Dr. Royal said he considered stepping down 10 years ago after Meharry completed a campaign to raise $125 million to meet building needs, improve academic offerings and increase its endowment. The goal was exceeded, with $127.5 million raised at the campaign’s conclusion on June 30, 2005. At the time, the goal was the largest ever attempted at a historically black institution, and the amount raised still ranks as the third highest for such schools.

Dr. Royal, who earned his medical degree from Meharry in 1968, “is an alumnus who has dedicated his entire life to advancing Meharry and the betterment of others, often at great personal sacrifice,” said Dr. James E. K. Hildreth, president and CEO of Meharry Medical College.

“Dr. Royal has always been willing to share his successes with Meharry through his leadership, contributions and recognition of the college,” said Dr. Hildreth, who was appointed to the post in 2015 by the Royal-led board.

Among other things, Dr. Royal was the first board member to contribute $100,000 to Meharry, according to the school. As others followed suit, a giving society was named for him, The Royal Society. During his time on the board, Dr. Royal has given more than $2 million to the college.

He and his wife also established the Pamela and Frank S. Royal Sr. Endowed Scholarship at Meharry.

Dr. Royal was long known in Richmond for his medical practice in Church Hill.

During his medical career, Dr. Royal spearheaded the move of Richmond Community Hospital, now part of the Bon Secours Health System, to the East End and also joined with other doctors to construct the Belvidere Medical Center at Belvidere and Leigh streets. The medical center was razed last year.

He also served as an assistant clinical professor of family practice at the Medical College of Virginia and was long involved in improving care for underserved families. He also chaired the now defunct Richmond Community Hospital Foundation board.

Dr. Royal also previously was a member of the boards of directors of the Hospital Corporation of America, Smithfield Foods, SunTrust Banks, Chesapeake Corp., Dominion Resources and CSX Corp.