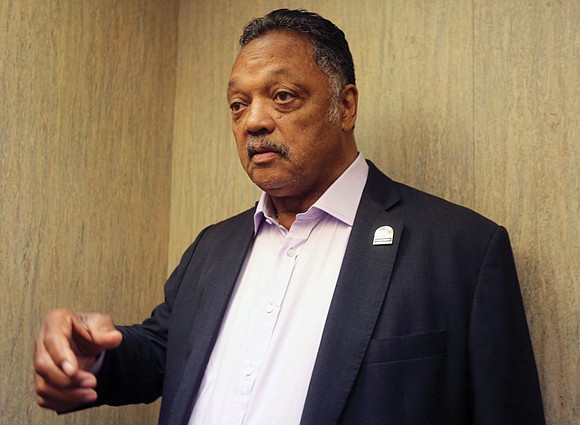 The Rev. Jesse L. Jackson Sr. disclosed publicly on Friday that he has been seeking outpatient care for two years for Parkinson’s disease and plans to “dedicate” himself to physical therapy to slow the progress of the disease. 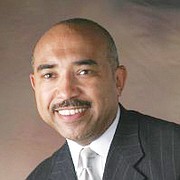 In a statement to supporters issued by the Chicago-based Rainbow PUSH Coalition that Rev. Jackson founded in 1971, the 76-year-old civil rights icon said family and friends noticed a change in him about three years ago and he could no longer ignore symptoms of the chronic neurological disorder that causes movement difficulties.

“Recognition of the effects of this disease on me has been painful, and I have been slow to grasp the gravity of it,” he wrote. “For me, a Parkinson’s diagnosis is not a stop sign but rather a signal that I must make lifestyle changes and dedicate myself to physical therapy in hopes of slowing the disease’s progression.”

Rev. Jackson, who declined to be interviewed, also released a letter from Northwestern Medicine confirming his diagnosis and care.

He vowed to use his voice to help find a cure for the disease.

“Rev. Jackson has been a fighter,” said Gary Flowers, a Richmond radio talk show host and former national field director and vice president of programs for the Rainbow PUSH Coalition. “I am confident he will continue his fight for social justice and the recognition that we, as a nation, must pay attention to the left out and the locked out.”

About 60,000 people in the United States are diagnosed with Parkinson’s annually, according to the Parkinson’s Foundation. One of the most notable to be stricken was the late boxing great Muhammad Ali. The disease can start with tremors, with symptoms generally worsening over time. The exact cause is unknown. Treatments include medication, surgery and physical therapy.

The disease itself is not fatal, but people can die from complications. Rev. Jackson said Parkinson’s “bested” his father, Noah Lewis Robinson Sr., who died in 1997 at age 88 after suffering a heart attack.

It was unclear how Rev. Jackson’s treatment would affect his leadership of the Rainbow PUSH Coalition. He has remained active in his advocacy and travels, including leading a recent “Healing and Rebuilding” bus tour of Virginia to turn out the vote for the Nov. 7 gubernatorial election and to protect health care. He also traveled to Puerto Rico last month for a hurricane relief mission and hosted a symposium in Washington last week.

A protégé of Dr. Martin Luther King Jr., Rev. Jackson was instrumental in guiding the modern Civil Rights Movement on a wide variety of issues, including voting rights and education.

“After Dr. King’s assassination, Rev. Jackson took it upon himself to carry on the mantle” to comfort the afflicted and to afflict the comfortable, Mr. Flowers said.

Twice a candidate for the Democratic presidential nomination in the 1980s, he has remained a strong voice in numerous anti-discrimination efforts, including advocating for affordable housing. He is often seen at protests nationwide and has continued regular forums at the Rainbow PUSH Coalition’s headquarters.

He said in his letter to supporters that he is working on a memoir.

“I will continue to try to instill hope in the hopeless, expand our democracy to the disenfranchised and free innocent prisoners around the world,” he wrote. “I steadfastly affirm that I would rather wear out than rust out.”

Rev. Jackson “has changed the nation and served in ways in which he never got credit,” Rev. Sharpton said in a statement. “We pray for him just as he fought for us.”