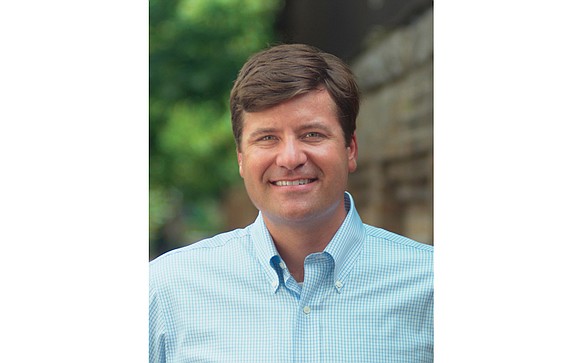 By Kathleen A. Schultz

It’s such a small, unremarkable headstone for such a remarkable life.

In an age when the average male life expectancy barely topped 40, 56-year-old Peter Williams enlisted with the 29th Regiment, U.S. Colored Infantry, to fight for the Union in the Civil War.

He was held captive in five Confederate prisons, including the notorious Andersonville in Georgia, but was free to witness the Third Battle of Petersburg on April 2, 1865.

He was discharged from service in November 1865, seven months after Gen. Robert E. Lee’s surrender at Appomattox, which, apparently, Mr. Williams also was on hand to see.

Thanks to Dixon, Ill., historian Pat Gorman, Mr. Williams and his rich story are not lost to history.

While researching the list of Dixon Post 299 Grand Army of the Republic members buried in Oakwood Cemetery, Mr. Gorman “came across a small, very unassuming grave,” near the hill where the largest known potter’s field area is located.

On the rectangular gray stone is inscribed simply “Peter Williams 1808-1908.”

“I looked at the dates and was amazed that Peter was 100 years of age and died in 1908, something not real common nowadays but almost unheard of then,” Mr. Gorman said in an email to Sauk Valley Media.

“Curiosity got the best of me, as it usually does, and I began to look into Peter, not just to replace his missing GAR star, but to find out who he was.”

(Founded in 1866 in Decatur, Ill., the GAR was a Republican-leaning fraternal organization and advocacy group whose members served in the Union Army, Navy, Marines and the customs enforcement agency, the U.S. Revenue Cutter Service. It supported voting rights for black veterans, helped make Memorial Day a national holiday and lobbied Congress to establish regular veterans’ pensions, among other things.)

Mr. Gorman found, among other things, Mr. Williams’ obituary, which ran in the Dixon Evening Telegraph on May 27, 1908.

An excerpt from it outlines his service:

“He was captured by the rebels near Richmond, Va., July 29, 1864, and confined in the prisons at Petersburg, Andersonville, Danville, Richmond and Cumberland. He was honorably discharged on Nov. 6, 1865.”

That Mr. Williams survived the war — and the scramble from prison camp to prison camp, as the Confederates tried to outrun the advancing Union Army — is miracle enough, especially considering that very few black soldiers were left alive to be taken prisoner, and those left alive often were forced into hard labor.

In fact, the Confederate Congress passed a resolution declaring that captured black soldiers “be put to death or be otherwise punished” rather than be held as prisoners of war, and later adopted another resolution providing that all captured “negroes or mulattoes,” slave or free, be tried for inciting insurrection and face the death penalty.

That Mr. Williams went on to survive four decades more is extraordinary.

“His life during the war must have been as close to hell as any soldier could have known,” Mr. Gorman wrote. “Peter, in my opinion was a hero!”

The 1860 Census counts 7,600 African-Americans in Illinois. Mr. Williams was one of more than 1,800 to enlist during the Civil War, which ran from 1861 to 1865 — although black men were not allowed to enlist until President Abraham Lincoln issued the Emancipation Proclamation on Jan. 1, 1863.

The 29th U.S. Colored Infantry, the regiment with the largest number of African-Americans from Illinois, began enrolling men at Quincy in November 1863. Its most noteworthy action was at the Battle of the Crater near Petersburg on July 30, 1864, the day after Mr. Williams was taken prisoner.

A few other things about Mr. Williams’ later life can be gleaned from the scant records that Mr. Gorman found.

She was a member of the African Methodist Episcopal Church in Sterling when she and Peter married in 1871, when she was about 38 and he was 63. They lived for 10 years in Harmon, Ill., before moving to Dixon, Ill., in 1881.

“To every small boy of North Dixon, Uncle Peter and his sway-backed sorrel mare and rickety spring wagon were a sort of landmark, an accustomed sight which was daily watched for,” his obituary reads.

“His venerable appearance, gray haired, bowed and feeble, and with all his genial good nature won for him a warm place in the hearts of all who knew him and he was respected by white and colored alike.”

The Williamses had seven children, only four of whom were alive at the time of Lizzie’s death on Dec. 9, 1914: Henry, Charlotte, Solomon and Rebecca.

Lizzie had lived in Dixon until Sept. 5, 1914, when she fell ill and was taken to Providence Hospital in Chicago, where one of her daughters lived. She was brought back to Dixon to be buried next to Peter.

Their son, Solomon, served with the 8th Illinois Volunteer Infantry, stationed at San Louis in Cuba during the Spanish-American War of 1898. He rose to the rank of sergeant before his honorable discharge.

The historical society has created a file for the Williams family, and Mr. Gorman is eager to fatten it with any information he can find about what happened to the children and their descendants.

He also would like to get a headstone for Lizzie’s grave, which is unmarked.