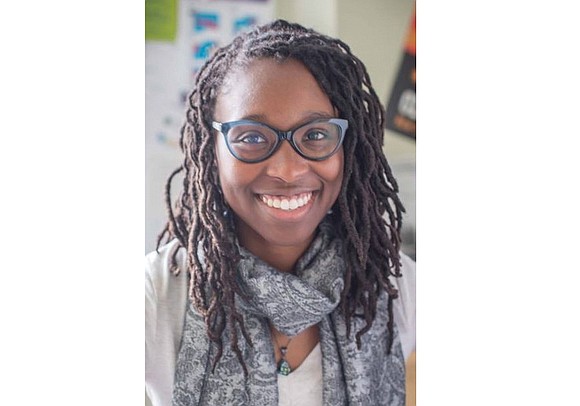 As Americans came together in February to recognize the immense contributions made by African-Americans during Black History Month, it is important to talk about environmental justice because if we can’t breathe free, we can’t be free.

As a woman of color and a woman of faith, I see the impacts of environmental racism that disproportionately hit black Americans.

My great-grandfather was a longtime employee of Newport News Shipbuilding and was taken away years early from his work in the community as a pastor because he died from mesothelioma. He was exposed to asbestos, a deadly toxic chemical he regularly inhaled at work.

Sadly, African-Americans constantly face disproportionate risks of health problems from pollution. More than a million African-Americans live within a half mile of an oil or gas operation, and more than 6.7 million live in a county that is home to a refinery. This has dire and deadly consequences. Black children are 4.5 times more likely to be hospitalized for asthma and 10 times more likely to die from asthma than white children.

It’s not just air pollution, either. Fueled by burning fossil fuels, climate change also disproportionately impacts communities of color. The recent hurricanes that devastated Houston and Puerto Rico demonstrated in stark terms just how severe the impacts of climate change can be.

Nationwide, extreme weather events cost the United States $306 billion in 2017 and killed more than 300 people. How many people must die until we are compelled to act?

As a coastal community, Hampton Roads is threatened by extreme weather. Hampton Roads is the second most vulnerable area to sea level rise and storm surge in the United States after New Orleans. Virginia’s Norfolk Naval Base already floods 10 times a year. Rising sea levels fueled by climate change would dramatically worsen this chronic flooding.

We need climate action and environmental justice. Our communities and the very health of our families are on the line.

Protecting the Clean Power Plan is one way that we can ensure the safety of our communities. As America’s first and only federal limits on carbon pollution from power plants, the plan would have huge financial and health benefits for African-American communities. That’s why more than 10,000 black clergy members from around the country signed a statement supporting the Clean Power Plan, identifying climate change as a moral issue.

Go ahead and guess what President Trump is trying to do. That’s right. Instead of safeguarding against climate change and decreasing pollution, he and his Environmental Protection Agency Administrator Scott Pruitt are proposing to repeal the Clean Power Plan.

The Trump administration is doing a lot that’s harmful to African-Americans, including welcoming white supremacists into the national debate and into the halls of power. As an extension of this same ideology, President Trump is stripping away health protections further endangering black communities.

Original estimates found the Clean Power Plan could prevent 90,000 asthma attacks and 300,000 missed days from work and school by 2030. The Trump administration itself said the clean air safeguard could prevent as many as 4,500 premature deaths each year by 2030 — an estimate higher than previous EPA projections.

Recklessly repealing these lifesaving safeguards would mean more sick kids, more expensive hospital visits and thousands of premature deaths that could have been prevented — all at a time when health insurance itself is under attack.

Our elected officials, including U.S. Sens. Mark Warner and Tim Kaine, must defend against Secretary Pruitt’s and President Trump’s proposed rollback of the Clean Power Plan.

The Trump administration must reconsider its policies about environmental justice and the Clean Power Plan. We need both to thrive. Because like all freedoms and rights long denied to African-Americans, clean air, clean water and a safe future for our children and grandchildren should be guaranteed for all.

It is up to all of us to speak up because, as was said by Frederick Douglass, “This struggle may be a moral one, or it may be a physical one, and it may be both moral and physical, but it must be a struggle. Power concedes nothing without a demand. It never did and it never will. Find out just what any people will quietly submit to and you have found out the exact measure of injustice and wrong which will be imposed upon them.”

The writer is director of Virginia Interfaith Power & Light.