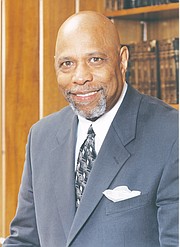 According to its mission statement, Venture Richmond, the successor to Richmond Renaissance, “engages business and community leaders in partnering with the city to enhance the vitality of the community, particularly Downtown, through economic development, marketing, promotion, advocacy and events.” The organization owns, controls and promotes the 2nd Street Festival after acquiring the event from Nina Abady, a white woman, following her death.

Venture Richmond states that this event, which celebrated its 30th year last weekend, “has grown to be one of the Mid-Atlantic’s largest street festivals as nearly 40,000 people visit historic Jackson Ward to reminisce about the days when 2nd Street was the heart and soul of Richmond’s African-American community and the neighborhood was known as the ‘Harlem of the South.’ ”

The fact is this festival has and continues to be owned and controlled by white people during most of its existence. This, for me, is a major problem because at no point has its owners envisioned, stated or promised that, in addition to extolling the past importance of Jackson Ward, they want to or are even interested in reviving, resuscitating and restoring Jackson Ward to its former glory and past.

The fact is that Venture Richmond has no intent to do this and, to the contrary, intends to put Jackson Ward on the path of gentrification. We know — or should know — that this will be the annihilation rather than the restoration of the old Jackson Ward.

Black folk bear a major responsibility in causing the demise of 2nd Street, which was the center of black business, culture and entertainment. This happened immediately after Jim Crow was lifted because those who could afford it left 2nd Street to patronize white businesses in white areas even when they were not welcomed or treated with respect just so they could patronize and experience amenities and ambience which were far superior to those on 2nd Street.

The abandonment and physical deterioration of Jackson Ward alerted people with money, both black and white people, to buy abandoned and blighted properties in Jackson Ward for a fraction of their market value with the aim to flip these properties without putting a dime into them to realize a substantial profit. These speculators were not interested in the historic value and importance of Jackson Ward. They were simply interested in making a dollar.

The City of Richmond also was part of the problem because city inspectors ignored building code violations. This had a spiraling, negative effect on Jackson Ward by deflating the value of properties in the area.

Venture Richmond is no stranger to black Richmonders because, some years ago, the organization was the main proponent for removing GRTC bus passengers from transfer points along Broad Street and moving them to 9th Street between Marshall and Leigh Streets, adjacent to the Richmond Social Services Department and the old Public Safety Building, the former location of Richmond’s lower criminal courts. It is no coincidence that 90 percent of GRTC’s passengers are black people, which is precisely the reason that Venture Richmond wanted them off Broad Street because the organization was trying to build Downtown as a tourist destination and take advantage of the substantial expansion of the Greater Richmond Convention Center.

In other words, Venture Richmond wanted these black folk “out of sight and out of mind.”

Venture Richmond now represents the final knockout blow for a Jackson Ward revival. The tipoff that substantiates this is the huge infrastructure development known as Biotech Park, which dominates the northern border of Jackson Ward, and the multimillion-dollar planned renovation of the Richmond Coliseum, which is immediately east of Jackson Ward.

The other major support for the gentrification argument is that Altria, which owns the largest building footprint in Biotech Park, was one of the partners in this year’s 2nd Street Festival.

It just so happens that Jackson Ward is the largest residential area adjacent to the Biotech Park, with Southern Highland Park immediately to the north.

While Venture Richmond has black folk dancing, drinking and eating at the 2nd Street Festival, the organization, with its corporate partners, is busy planning to re-populate Jackson Ward by ushering out its current population of black poor and working-class people and replacing them with white, well-heeled folk. This was one of the reasons that the bridge at 5th Street, which I had named the “Curtis Holt Bridge” when I was on City Council, was substantially widened after it replaced the old bridge, which was formerly named after a Confederate general.

You don’t have to use your imagination of what gentrification means to a black poor and working-class neighborhood because a graphic display of its effects can be found all over Church Hill and Shockoe Bottom. It can best be seen by looking east starting at 25th Street to Chimborazo Park between Broad and Main Streets. This area 35 years ago or more was 100 percent African-American. After intensive gentrification, there are few black families living in the area.

This is the future of Jackson Ward. However, it will take less time to achieve than Church Hill’s gentrification.

This is why it is insane and unacceptable for black people to remain silent while gentrification works its ugly and racist path through Jackson Ward as well as throughout our city. Our silence gives license to Venture Richmond to finish the annihilation of Jackson Ward while this organization hopes to anesthetize us from this eventual fate by presenting and promoting the 2nd Street Festival.

The words of the late Brother Malcolm X resonate loudly — that we are being “hoodwinked, bamboozled, led astray and run amok.”

Who will write the epitaph of Jackson Ward? Black folk or Venture Richmond?

If we continue to remain silent and inactive, you know the answer.