Too many black-owned businesses are feeling left out of a booming Richmond economy.

This Thursday, a coalition of business and community organizations is to make that point during an invitation-only dinner meeting with Richmond officials and to urge increased inclusion of black-owned businesses in government spending for goods and services.

Dubbed “Unanimity Consensus,” the coalition is seeking to present a united front at the Sept. 6 meeting at the Virginia Home for Boys and Girls in Henrico County. 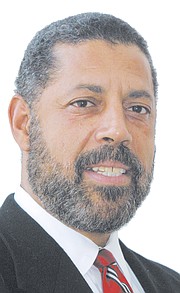 The aim: To put a renewed focus on ensuring participation of “black business in all types of contracting,” said Samuel S. Young Jr., board chair of the Metropolitan Business League, the area’s oldest black business trade group, and president of Astyra Corp., a Richmond-based information technology consulting firm.

Mr. Young, who also serves on the board of the Richmond Redevelopment and Housing Authority, said that the coalition wants a seat at the table when development decisions are made at City Hall.

MBL is one of six organizations taking part in the meeting that is to include members of City Council, the city administration, the Richmond School Board and school administration and staff and other board members.

The other five organizations include the Black Business Alliance of Virginia, the Richmond Branch NAACP, the Richmond Chapter of the Southern Christian Leadership Conference, the Urban League Young Professionals and Youngpreneurs, an organization for younger business people.

“This is a historical moment for these organizations. Instead of operating separately, these groups with about 1,400 members are finding common ground on the issue of black business and community betterment,” said A. Hugo “Al” Bowers, president of the Black Business Alliance as well as of his family-owned Bowers Corp.


“We realized that in order to gain the strength we need to move forward in this economic climate, we have to come together,” said Mr. Bowers, who considers the coalition a critical element in uplifting black businesses.

He said there is too much talk about “opportunity.”

“I have an opportunity to take a walk in the morning, drive my car and meet with friends, but all of that revolves around the ability to make money,” he said.

And that means securing contracts, which he calls “the lifeblood that sustains any viable business and propels it into the future.”

Mr. Bowers said everyone understands there are state laws that must be followed, but he said the coalition wants to offer advice and guidance so that black businesses can benefit even “within that box.”

He said that he and others are concerned that city spending with black-owned businesses has retreated from its peak of $36.4 million in fiscal year 2014.

City data show government spending with black-owned businesses fell to $20.1 million in fiscal 2017, or 43 percent below the peak. At the peak, the city was building four new schools and a new jail.

The city typically spends 85 percent to 90 percent of its procurement dollars with white-owned companies.

Mr. Bowers noted that the city previously set a goal of spending 40 percent of its construction dollars with non-white companies, particularly on the new jail and the four schools. While he said the city never reached that goal, it’s a goal that deserves to be reinstated, he said.

As it stands now, Mr. Bowers and others see more struggle than advancement for black businesses in Richmond despite the hundreds of millions of dollars being invested in new construction and company growth.

“Sure there are one or two companies that are thriving, but we want all of the companies to be sustainable,” Mr. Bowers said. “This is about building the proper foundation to ensure that can happen.

“We are working together because we want black businesses to have a future. And at this point, many of them won’t be here tomorrow if something does not change. That’s why this initiative is so important.”