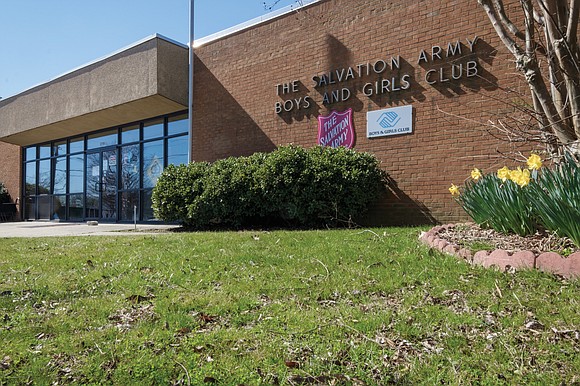 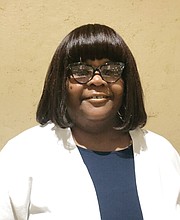 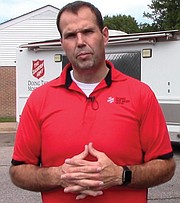 Other than Mr. Jones, the club’s director, another veteran staying on is Harold Harris, the recreation director who will manage the upgraded athletic and fitness offerings, Capt. Dohmann said.

Another employee, Jennifer Purcell, an educator who joined the staff last year, also is being retained to work with members in the expanded effort to help members do better in school.

Capt. Dohmann said Ms. Crenshaw, Ms. Rowe and Mr. Allen were asked to apply for one of the new jobs but did not, despite being notified that their positions would end. While Mr. Allen was rehired, the two women were not and their last official day was Sept. 7, according to the Salvation Army, which provided them with two days of severance pay for each year of service and also paid them for accrued vacation days.

However, while the position changes and the new programming focus have been in the works for at least six months, Capt. Dohmann apparently kept the impending personnel changes from the club’s community advisory council and also did not formally tell the three employees until late July, even though they were heavily involved in keeping the club’s programs going in temporary quarters, the Free Press was told.

Mr. Jones also did not give staff members a heads up, Ms. Rowe said.

Capt. Dohmann said in a phone interview that many on the advisory council, including Richmond Sheriff Antionette V. Irving, who grew up in the club, were surprised and dismayed that those employees likely would not be there when the club reopens on R Street. Capt. Dohmann also heard from people in the community about their dismay at the layoffs at a meeting in August.

He acknowledged that he should have discussed the employees’ future with the club with the advisory council.

The decision to retain Mr. Allen appears to stem from the concern that Capt. Dohmann heard from the community, said Lorraine Wright, a community mental health specialist, who is assisting the two women.

She was a member of the advisory council, but quit when she learned in mid-August that Ms. Crenshaw, Ms. Rowe and, at that time, Mr. Allen, were on the verge of losing their jobs.

Ms. Wright first issued a sharply critical video on Facebook last month that went viral. In that video, she attacked the motive she believes led to the layoffs. She claimed the change in employment and programming is aimed at attracting more white children and families who are moving into Church Hill, although Capt. Dohmann has labeled that allegation false.

Ms. Rowe said she learned on July 30 that her position was being cut, but she said none of the positions that she was told were open offered the same pay or benefits she currently enjoys.

“I’ve done everything for this club,” she said, including taking on programming duties when other employees were absent and tutoring and leading teen activities. “I’ve always been there. I love working with the children.”

Ms. Rowe said the position she was offered listed a starting pay of $10 an hour and did not include health insurance. She now makes more than $16 an hour, plus benefits.

A position for an administrative assistant is among the listings, but on the new organizational chart, that position is largely for a low-level receptionist. Ms. Rowe has been an aide to the director since she started. She said she has served six directors, including Mr. Jones, who has held the post for more than 25 years.

Capt. Dohmann said that he has not been able to have a discussion with Ms. Rowe about pay. He said at their only meeting, she vented her anger. He said all of the full-time jobs the club offers come with health insurance.

Ms. Rowe said she has been on leave with pay since Aug. 20, when she was ordered to report to the R Street building to help sort equipment and supplies to determine what should stay or go.

She said she arrived at the building to find the water off and bathrooms not useable. She said the work area was littered with rat droppings and construction dust and debris.

Ms. Rowe said she was not provided with protective clothing and that construction workers at the site told her it was dangerous for her to be in the building.

She said when she called to let club officials know about the conditions and to get instructions, she was shocked and dismayed when she was told to “go home and not come back.”

“They didn’t want me around anymore,” Ms. Rowe said. “So how can I believe that they actually wanted me to take another position?”