Led by two of the country’s most prominent imams, hundreds of U.S. Muslims have raised more than $81,000 to bail out detained migrant parents.

Launched on Aug. 5 by the Islamic nonprofit CelebrateMercy, the Muslims for Migrants campaign already has raised $81,934. More than 2,500 people have participated in the effort, whose goal is to reach $100,000 by Aug. 19.

Funds will go to the National Bail Fund Network, which works with more than two dozen local community bond funds.

Last month, the Department of Homeland Security’s Office of Inspector General, an independent watchdog, published a report examining the “dangerous overcrowding and prolonged detention of children and adults” in migrant centers along the U.S.-Mexico border.

Reports like that led Imam Zaid Shakir and Imam Omar Suleiman, who are helping lead the fundraising effort, to act.

“When we view the sickening conditions those migrating to our southern borders are exposed to, we should be touched and moved to action knowing that our religion grants those fleeing persecution, oppression or ecological devastation, the right to migrate and to be duly considered for asylum,” reads a joint letter by Imam Shakir, who leads the Lighthouse Mosque in Oakland, Calif., and Imam Suleiman, who founded the Texas-based Yaqeen Institute for Islamic Research, announcing the initiative. 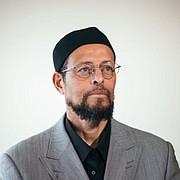 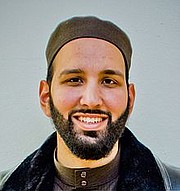 Since October, seven people have died in ICE custody. Children at some facilities were deprived of access to showers, hot meals and a change of clothes, the report noted. Some detained adults were held in standing-room-only conditions for a week.

“As the humanitarian crisis at the southern border deepens, there is a deafening silence from most corners of the American Muslim community,” the two imams wrote. “Shouldn’t the nation of the Prophet (peace and blessings of Allah upon him) who was himself an orphan and a migrant ... be the first to be moved with the images of children in cages?”

The imams and CelebrateMercy, a Cincinnati-based organization focused on increasing public awareness about the Prophet Muhammad’s life, rooted their campaign in sayings of the prophet and Quranic verses, as well as an article in the Cairo Declaration of Human Rights in Islam, all of which they say enshrined the right to asylum and migration.

“Looking at a project like this, I can’t think of something that is more useful to do with your money to help detained families,” said Ryan Smith, a case manager with Chicago’s Interfaith Community for Detained Immigrants. “It’s something that’s so underfunded. And for the families I work with, it’s often eight months to a year before they’re released.”

More than 50,000 people currently are detained in Immigration and Customs Enforcement facilities, while some 20,000 are in Customs and Border Protection centers. Another 11,000 children are currently in the custody of the U.S. Department of Health and Human Services.

Undocumented immigrants or legal asylum-seekers detained by ICE or CBP are held in detention facilities until they go to trial, where the court will decide whether they can stay in the country, or until they are able to pay their bond.

There is no legal maximum on these immigration cash bonds, which are typically higher than bails in criminal cases. The nonprofit Freedom for Immigrants has reported bonds as high as $250,000, with an average of $14,500.

Mr. Smith, who is Muslim, said he has seen few Muslim-led efforts to raise funds or volunteer to help immigration detainees. He attributes that both to U.S. Muslims’ disproportionately young population as well as the fact that many immigrant Muslims focus their charitable giving on the communities they left behind.

“For me, my faith is a big part of what I do,” Mr. Smith said, pointing to the story of a Christian king ofAbyssinia, or modern Ethiopia, who granted asylum to a group of Muslims sent by the Prophet Muhammad to escape persecution in Mecca.

“Separating parents and children is just so evil, and our faith teaches us to be true,” he said. “If we’re causing that, oh boy, I don’t know how God is going to forgive us for it.”