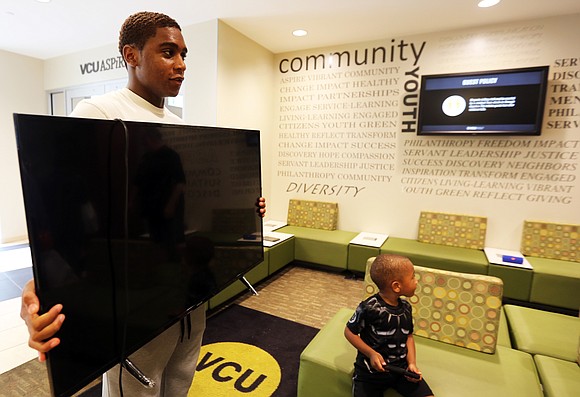 Dominic Baah is one of thousands of Virginia Commonwealth University students who spent Saturday moving into campus dorm rooms. The transfer student from Leesburg had the moral support of his 3-year-old brother, Todd Johnson, as he set up his belongings in his new residence hall on West Grace Street, while his cousin, Noah McKay, 11, of Charlotte, N.C., and brother Desmond Baah, 17, provided the muscle to move a big suitcase and a large box filled with shoes, clothes and other essentials for student life. The student move-in at VCU mirrored similar activity this month at Virginia Union University and the University of Richmond as new and continuing students prepared for the start of classes. 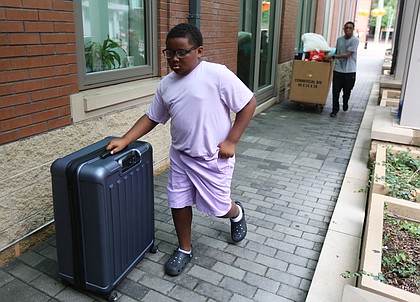