Community organizer and strategist Lillie A. Estes succumbs at 59 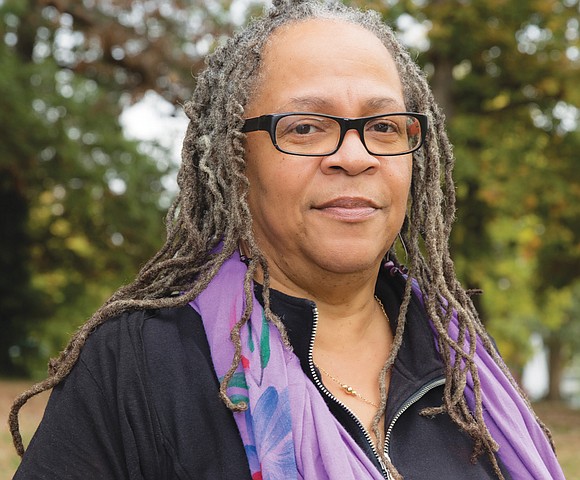 Her apartment in Gilpin Court became the headquarters for her efforts to develop strategies and alliances from Richmond to Washington and Boston to uplift the poor and disadvantaged.

Ms. Estes was a leading voice in pressing for a city housing policy that provided for replacement on a one-for-one basis any public housing that was demolished or redeveloped. She also helped push the Richmond Redevelopment and Housing Authority to enable residents to pay rent to a city postal address rather than forcing them to mail it to an out-of-state collection box.

She also served as a role model and mentor for others in her persistence, fortitude and willingness to speak truth to power, for her energetic efforts to get public housing residents more involved in shaping their own destinies and for her push for alternative approaches to creating change.

Ms. Estes, 59, was found dead in her residence Thursday, Jan. 31, 2019. The cause of death was not immediately known, but she previously had battled blood clots in her lungs.

Her life will be celebrated at 11 a.m. Tuesday, Feb. 12, at Sixth Mount Zion Baptist Church, 14 W. Duval St., according to Scott’s Funeral Home. She is to be buried in Forest Lawn Cemetery.

Ms. Estes, who always sought to work with others, kept reminding public officials that the majority of the city’s poor people did not live in public housing and kept advocating for poor people to have a seat at the decision-making table.

She received the Mothers of Courage Award in 2016 from the national Mothers for Justice and Equality in recognition of her community work.

Shock and grief were widespread with the news of her death. Tributes poured in.

During his State of the City address just hours after she was found, Mayor Levar M. Stoney paid tribute to Ms. Estes. The Richmond City Council also issued a statement calling her an “ardent advocate and activist regarding poverty, housing and social justice. She also worked with countless community groups, individuals and organizations in championing, planning and implementing neighborhood and citywide-oriented programs and projects.”

Richmond Delegate Jeff M. Bourne, D-71st, also saluted Ms. Estes on the floor of the House of Delegates, which adjourned in her honor on Saturday, Feb. 2.

Others posted tributes on social media.

“She was an avid believer in social justice and the rights of every human being,” wrote Preddy Ray, an early leader in the anti-gentrification movement in Richmond. “In many ways, she was the protector of those rights. She could always be found where there was controversy needing clarity.”

Another ally, Lola Orchard, described Ms. Estes as “someone who spoke her mind in order to make sure the questions lurking did not go unasked, so that her hard work and the hard work of others did not get dismissed and tossed in the trash.”

Ms. Estes was born in Hampton and grew up in Newport News. She came to Richmond in 1977 to earn a degree at Virginia Commonwealth University.

Art Burton, founder and director of Kinfolk Community Empowerment Center, recalled working with Ms. Estes more than 20 years ago on behalf of the residents of Dove Court public housing.

“She was the boss and we followed her,” he said. “She had national connections that she brought to this work. But she always let you know she was not an activist, but a strategist.”

Her friends said she stepped up her efforts following the 2010 murder of her 23-year-old son, John E. Williams II, at an apartment complex in Henrico County.

Among other roles, Ms. Estes served on the Maggie L. Walker Initiative for Expanding Opportunity and Fighting Poverty, which was a residents’ advisory board, and its successor Maggie L. Walker Anti-Poverty Commission, whose work led to the creation of the city’s Office of Community Wealth Building.

She also served on the board of the Virginia Poverty Law Center and was involved with the racial reconciliation group, Hope in the Cities. She briefly ran for mayor in 2016 before pulling out of the race.

Ms. Estes was a co-founder of RePHRAME, Residents of Public Housing Against Mass Eviction, which has sought to increase resident influence on RRHA and city housing policies.

She spoke out frequently against that lack of inclusion in a variety of forums.

In 2017, she addressed a Harvard Law School program titled “Justice Works: Dispatches from the Front Lines of Community Justice,” and offered what one observer called “an alternative, vibrant and hopeful path toward achieving change.”

In November, she spoke on creating a race-forward economic justice agenda at the Commonwealth Institute’s 5th Annual Policy Summit.

She also connected with Harvard’s Charles Hamilton Houston Institute for Race and Justice and secured a grant to work with Richmond documentary filmmaker Jenise Brown on creating the Community Justice Film Series to engage people in the democratic process through cinema. She also teamed with Ms. Brown and a host of city groups to form the Community Justice Network to work on social justice issues.

The network and Hold the Phone, a joint effort with the institute, is scheduled to show the youth-created film series at the Six Points Innovation Center in Highland Park on Saturday, March 2.

Last year, Ms. Estes took the first step in leading a community effort to establish the Charles S. Gilpin Community Farm at what she called a “a crime hot spot” at St. Peter and Hill streets. The goal: To develop a peaceful place focused on creating food and improving the quality of life.

“People really have no idea how much impact she had on this city,” Omari Al-Qadaffi, founder of Leaders of the New South, wrote in a tribute.