Outlining a “dark and shameful chapter of American history,” state legislators unanimously passed resolutions to “acknowledge with profound regret the existence and acceptance of lynching” in Virginia, where more than 80 people — mostly African-American men — were killed by mobs in the decades after the Civil War.

The measures, HJ 655 and SJ 297, which were passed last week by the House of Delegates and state Senate, respectively, “call for reconciliation among all Virginians” regarding the racial terror, state-sanctioned segregation and discrimination faced by African-Americans during the Jim Crow years.

According to the identical resolutions, the state will document the lynchings online and with historic markers. The goal is to “develop programming to bring awareness and recognition of this history to communities across the state, that such awareness might contribute to the process of healing and reconciliation in Virginia’s still-wounded communities and for families and descendants affected by lynchings.”

The resolutions note that more than 4,000 lynchings took place throughout the South between 1877 and 1950. At least 80 lynchings — some scholars say more than 100 — occurred in Virginia.

“African-American men, women and children lived in fear that their lives and the lives of loved ones could end violently at any time and in any place,” the resolutions stated. The lynchings were often public events, drawing thousands of spectators, “and many leaders and authorities and much of society denied and enabled the illegal and horrific nature of the acts.”

The General Assembly passed an anti-lynching law in 1928, which made such killings a state crime. But “the extreme racial animus, violence and terror embodied in the act of lynching did not die with the criminalization of the act, and few, if any, prosecutions occurred under the measure,” the resolutions stated. 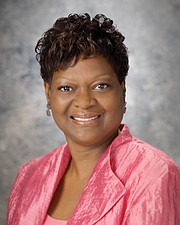 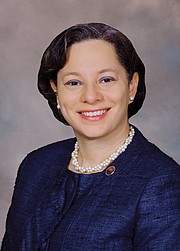 Delegate Delores L. McQuinn introduced HJ 655, and a fellow Richmond Democrat — Sen. Jennifer L. McClellan — filed SJ 297. Both resolutions were co-sponsored by more than 30 other legislators, including Republicans and Democrats.

The resolutions come during a public debate over racial insensitivity in state politics. Democratic Gov. Ralph S. Northam and Attorney General Mark R. Herring have been under fire for wearing blackface during the 1980s, when the governor was a 25-year-old medical resident and when Mr. Herring was a 19-year-old college student. And Sen. Thomas Norment, the Senate majority leader, was an editor of his 1968 college yearbook, which included racist images.

According to the resolutions, the state’s Dr. Martin Luther King Jr. Memorial Commission and the Virginia Department of Historic Resources will document each lynching in the commonwealth as completely as possible. The details will include the victim’s name and the location and circumstances of the lynching.

In recent years, historians have put a more intense focus on lynching in the United States.

The nonprofit Equal Justice Initiative documented more than 4,000 lynchings in the South and last year opened the National Memorial for Peace and Justice in Montgomery, Ala. The memorial is “dedicated to the legacy of enslaved black people, people terrorized by lynching, African-Americans humiliated by racial segregation and Jim Crow, and people of color burdened with contemporary presumptions of guilt and police violence.”

Gianluca De Fazio, an assistant professor of justice studies at James Madison University, created a website documenting more than 100 lynchings in Virginia. “Racial Terror: Lynching in Virginia, 1877 to 1927” has details on each lynching. While 85 of the victims were black people, 24 were white people. All but two are men.

“Many stereotypes of black people that justified the illegal execution of people suspected of committing certain crimes, or in certain cases of just violating some racial etiquette, are still alive,” Dr. De Fazio said. “Mass incarceration, especially of young African-American men, is in part the legacy of this tradition of controlling black bodies through coercion.”

Shawn Utsey, who chairs the Department of African-American Studies at Virginia Commonwealth University, believes the resolutions do not go far enough because they do not explicitly apologize for lynching.

“They need to apologize, otherwise, I doubt their sincerity,” Dr. Utsey said.

The resolutions use the word apology in this context: “The most abject apology for past wrongs cannot right them; yet the spirit of true repentance on behalf of a government and, through it, a people can promote reconciliation and healing and avert the repetition of past wrongs and the disregard of manifested injustices.”

The resolutions go on to state: “The legacy of racism that outlived slavery, enabled the rise and acceptance of lynching, facilitated segregation and disenfranchisement, and denied education and civil rights to African-Americans has yet to be uprooted in Virginia, the South and the nation, and this dark and shameful chapter of American history must be understood, acknowledged and fully documented and the seemingly irreparable breach mended.”