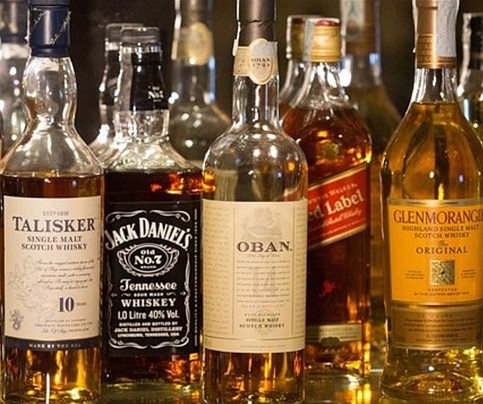 An 85-year-old Virginia law that allows alcoholics to be labeled “habitual drunkards” and locked up if found with liquor is unconstitutional, a Richmond-based federal appeals court ruled Tuesday.

In a landmark decision involving four homeless men, a divided 4th U.S. Circuit Court of Appeals struck down the 1934 law as overly vague and a violation of the U.S. Constitution’s Eighth Amendment ban on “cruel and unusual punishment” for criminalizing addiction.

The case is one of a series of significant decisions recently issued by the court. That includes a case in which a divided three-judge panel of the court expanded the definition of a federal hate crime to include an unarmed workplace assault on a fellow employee based on his or her sexual orientation, national origin, religion, gender or disability. The decision stems from an unprovoked assault on a gay worker at the Amazon distribution center in Chester.

In a third case, a unanimous three-judge panel upheld a lower court and dismissed a fraud lawsuit filed by a group of 27 Chinese investors against, among others, former Virginia Gov. Terry McAuliffe and Anthony Rodham, the now deceased brother of 2016 Democratic presidential candidate Hillary Clinton.

The court found the investors had failed to act prudently and were barred from seeking damages even though evidence indicated that both defendants made misleading statements regarding the prospects for success of GreenTech, a new automotive company that never built a promised production factory in Mississippi and ultimately collapsed.

In a show of how important the habitual drunkard case was considered, 15 judges heard the challenge to Virginia’s law, with eight finding the law unconstitutional.

Writing for the majority, Judges Diana G. Motz and Barbara M. Keenan reversed a lower court ruling and a three-judge panel of the court that upheld the Virginia law, as well as the appellate court’s own 40-year-old precedent that backed the law.

The majority opinion relied heavily on a 1962 U.S. Supreme Court ruling that addiction to drugs or alcohol is an illness and that a state violated the Eighth Amendment in convicting and imprisoning addicts, citing such action as being akin to making it a criminal offense to be mentally ill, a leper or afflicted with a sexually transmitted disease.

The decision, though, does not prevent the four plaintiffs and others from being arrested and convicted of public drunkenness. All four indicated they had been arrested 20 to 30 times on that charge. The opinion also found the statute was overly vague as habitual drunkard is not defined in the state law nor are there any established standards or guidelines to allow a state court to make a determination of a person’s status.

In the cases of the four men, Bryan Manning, Ryan Williams, Richard Deckerhoff and Richard Walls, the opinion noted that there was little evidence presented to support their interdiction bans.

“The many homeless citizens of Virginia who struggle with the effects of alcohol on their mental and physical health are entitled to guidance and fair notice under the law. They have not been given such direction in the current version of this statutory scheme,” the opinion states.

Based on the decision, “the government will not be compounding their problems by subjecting them to incarceration based on the arbitrary enforcement of ambiguous laws or, at best, the targeted criminalization of their illnesses.”

The issue of the habitual drunkard law was brought to the court by the Legal Aid Justice Center of Charlottesville, backed by lawyers from a major New York law firm, Skadden, Arps, Slate, Meagher & Flom.