Spotlight on recipient of 2019 Pat Asch Fellowship for Social Justice 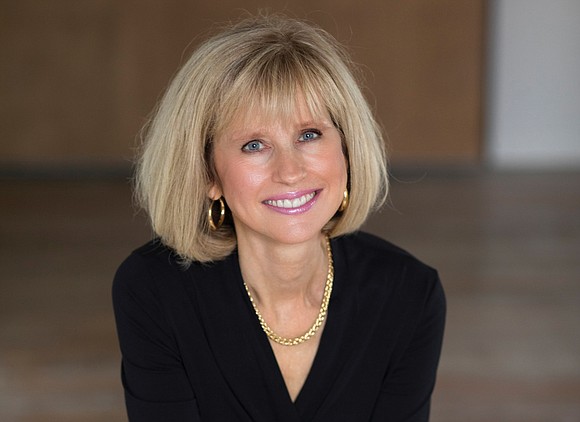 Anne Moss Rogers wants to foster a “culture of connection” to help prevent suicide. Being selected as the 2019 recipient of the YWCA’s Pat Asch Fellowship for Social Justice will help her achieve that goal.

The award is designed to support the work or professional development of a woman age 50 or older with a vision for change in her own life and the drive to make positive change in the Greater Richmond community.

Ms. Rogers, a professional speaker and writer, plans to use her fellowship and $17,500 to further the cause of youth suicide prevention, a cause she took up following the 2015 death of her 20-year-old son, Charles.

After his death, she started a blog, EmotionallyNaked.com, and chronicled her family’s tragedy. She writes openly about her son, his struggles and triumphs, as well as the impact his death has had on their family.

Her posts have gone viral. One young woman, Ms. Rogers reports, messaged her saying one of the blog posts helped save her life.

Ms. Rogers says she then sold her digital marketing business to pursue writing and speaking about taboo topics of mental illness, addiction and suicide. She says it has been a lonely journey at times, and expresses gratitude for the YWCA’s support with awarding her the Asch Fellowship.

She says she will use the award toward more education, workshops and personal training.

“To teach some of the workshops I teach and grow that avenue, I need training so that I will have more credentials other than lived experience,” Ms. Rogers says. “And I need to make connections at major conferences and attend sessions related to the topics of youth suicide.”

Already, Ms. Rogers is moving toward her goals. She says she was the first suicide loss survivor ever invited to speak at the National Institute of Mental Health. And her book about the loss of her son, “Diary of a Broken Mind,” is due out in October.

All of this is geared toward fostering a “culture of connection,” she says.

“Had anybody talked to me about suicide, it may have registered to me in Charles’ last phone call that he was asking for help.”

“The key,” she says, “is to get people to listen to what other people say and react to that strange gut feeling listeners have. Then recognize what that person said is not normal while realizing the need to act on that feeling. Then ask that person if they would like to talk.”

When Ms. Rogers sees postings on her blog or Facebook page where someone says something that is not normal or indicates something is afoot, she goes behind the scenes and sends them a private message.

“I ask, ‘How are you doing? Are you thinking about suicide?’ About 50 percent of the time, I have gotten back an answer saying, ‘Yes, I am. What do you think I should do?’ ”

In many cases, face-to-face interactions or connecting with a person through social media when they are feeling that way, “gives you the opportunity to talk to them in private or sit down to just listen. That alone can prevent suicide in many cases,” she says.

Her message for families and friends left in the wake of a suicide?

“It’s OK to talk about that person and remember them. They were someone suffering an unimaginable amount of emotional pain and, in that moment, thought the world would be better off without them. They were not sinners.

“Those conversations are the foundation for healing,” she says, “because the more you try to avoid your pain, the more it will hurt and the longer you will be stuck in that hurt.”

First reaction to learning I was awarded the Asch Fellowship: Shock, thrill, then back to shock. “I really won? Is this real?” Then I ran upstairs to tell my husband because he was working at home that day, told my mom, then my in-laws.

Meaning of fellowship to me: For the first time, I feel the support of a major organization, the YWCA, for a topic that has not traditionally been easy to talk about or garner support for given myths about this cause of death.

As a Pat Asch Fellow, I will pursue: The prevention of youth suicide by taking a closer look at the trauma in youth that often leads to the mental illness and addiction that are triggers to this cause of death.

Impact I hope to have: I want to foster a culture of connection to prevent suicide and for that to happen, a whole lot of education needs to happen. It’s not just me but all of us who can prevent suicide if we know what to look for and what people say and how to react. People think they are not qualified. But the single most important thing any of us can do is to use our ears. The guidance and exposure through the YWCA will allow me to get my message in front of more people and open doors for speaking that will help move that message forward.

How I start the day: Despite the fact I’ve suffered the loss of a child to suicide, I wake up thinking about that for which I am grateful.

A quote that inspires me: I have two: “Even in darkness, sometimes sunshine shines through the blinds.” — Charles Aubrey Rogers (my late son) and “Well-behaved women seldom make history.”— Laurel Thatcher Ulrich.

Something I love to do that most people would never imagine: I love to look at website statistics because they are so telling of future trends and what people are thinking.

The best thing my parents ever taught me: Do what you say you are going to do.

At the top of my “to-do” list: Take a little time for me first because if I don’t, I won’t have anything in my gas tank for others.

The person who influenced me the most: I study all successful women — local to international — and look at that which makes them successful and put those traits in a file in my head to pull out that resource when I need it.

Book that influenced me the most: “Man’s Search for Meaning” by Viktor E. Frankl.

What I’m reading now: “American Fix: Inside the Opioid Addiction Crisis – and How to End It” by Ryan Hampton.

Next goal: To sell my book so people understand suicide and addiction and their loved ones who suffer from these diseases.