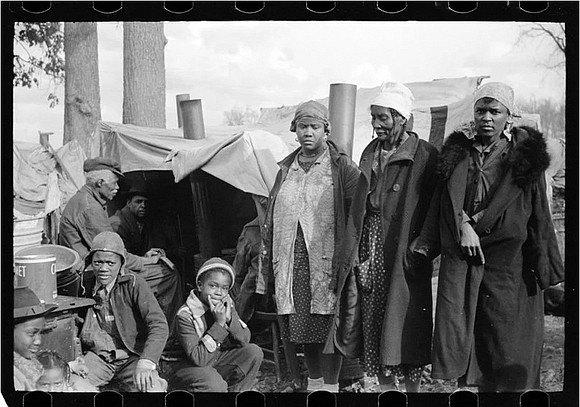 A Christian anti-hunger group has released a devotional guide to mark the 400th anniversary of the arrival of enslaved Africans in Jamestown.

“Lament and Hope: A Pan-African Devotional Guide” was produced by Bread for the World and is was dedicated at a prayer service at a Washington church on Feb. 28, the last day of Black History Month.

The free guide addresses past and current issues of unequal access to land, housing and education. It begins with verses from the Bible’s Book of Lamentations that speak of homelessness and affliction and conclude with a proclamation of the “steadfast love of the Lord.” 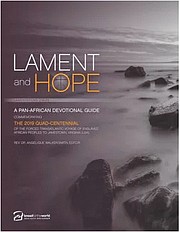 Image courtesy of Bread for the World

“We are saying that the history of people of African identity has been a legacy of spiritual resistance,” said the Rev. Angelique Walker-Smith, editor of the guide. “There’s been that resistance against the evils of enslavement and all the things that accompanied that.”

The devotional has been released at the start of a year in which many activities commemorating the arrival of the first African captives in Jamestown are planned, including some by the U.S. Department of the Interior’s 400 Years of African-American History Commission that was established by an act of Congress and signed into law by President Trump in early January.

Rev. Walker-Smith, senior associate for Pan-African and Orthodox Church relations at Bread for the World, said a delegation of young adults from across Africa plans to represent her organization in August at events in Jamestown, where people from the modern-day southwest African country of Angola were brought 400 years ago.

Bread for the World’s guide was produced to help readers answer questions about how to move from lamentation to hope, drawing on the example of African people who were forced into slavery and protested it, she said.

The guide will be promoted through partnerships with global, African and American networks of churches. It features monthly entries written by current and former leaders of the Angola Council of Churches, the United Theological College of the West Indies and the Ecumenical Poverty Initiative.

The dedication service and the guide itself will encourage participants to contemplate disparities that remain across the globe and determine ways to advocate to eliminate them, Rev. Walker-Smith said.

At the end of the service, there was a “call to action to say you have a role in this narrative, you have an opportunity to be a part of this legacy,” Rev. Walker-Smith said. “What are you doing and how can you further this sense of hope?”