Widow of Mother Emanuel pastor: ‘Much prayer is needed’ four years after attack 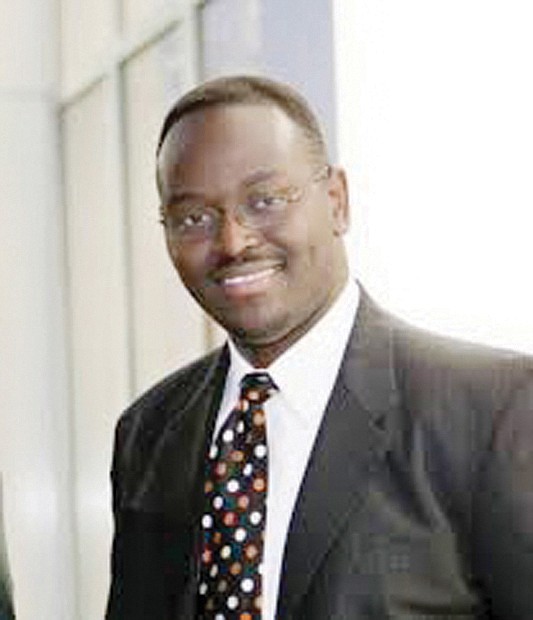 Jennifer Pinckney had hoped to be in Bible study on the evening of June 17, 2015.

But her 6-year-old daughter had other plans.

The two were in the senior pastor’s office at Emanuel A.M.E. Church in Charleston, S.C., on the night that Dylann Roof opened fire during the church’s Wednesday night Bible study, killing nine people. Among the victims was the Rev. Clementa Pinckney, the church’s pastor, a member of the South Carolina state senate and Jennifer Pinckney’s husband.

She and her daughter heard the shots, barricaded the door and hid under a desk in a secretary’s office, according to her testimony during the penalty phase of Mr. Roof’s trial.

“Be quiet. Don’t say anything,” she told her daughter.

In the years since the attack at Mother Emanuel, Mrs. Pinckney has worked hard to pick up the pieces and to give her daughters a sense of a normal life. She was recently in Atlanta, where her daughters were taking part in a dance competition, and sat down for an interview with Religion News Service.

Q: It has been almost four years since the tragic events of the Charleston shooting. Can you take us back to the day it happened and what you experienced?

A: In the beginning, you’re in denial. You don’t always register when things happen, especially as traumatic as the Charleston shooting. You just kind of think to yourself, ‘Did this happen to me?’

To be honest, at first, I was a little in denial that it really happened at all. I can tell you that I immediately went into mom mode to protect and be there for my two girls, which was and still is my first priority. I can remember getting home that night and seeing police cars everywhere in our yard and allowing my girls to briefly look out the window as I tried to explain to them the reality of what had happened.

Q: How are you and the kids doing?

A: We have our good and bad days. We are living in Columat no matter how busy he got, the girls and I came first. He would always take time for us. Clementa would hear everyone’s point of view. Many of his colleagues called him one of the most peaceful people that they knew.

Q: How have you handled the pressure of being in the public eye?bia, S.C. I’m adjusting to being a single parent, and the girls are doing well in school and enjoying participating in dance competitions, which they have been involved in since they were little girls.

Q: When did it become real to you that your husband was gone?

A: Because he traveled a lot, it was easy for me to think that he would be coming home. So at first, it was like he was gone on a trip. It wasn’t until they brought his car home that it became real to me. I can remember sitting in his car and crying. That’s when it became real for me. There have been other moments, but I can remember that one vividly.

Q: Are there any other emotions that you had to deal with after your husband was murdered?

A: There are just different little things I went through, like when I’d go into his closet, the bedroom, the bathroom. I never moved his pajamas that he had left out. Even when I’m looking at my girls, sometimes I can see him in them.

Q: There has been so much said about your husband. Who was he to you?

A: There are many people who think they knew him, but they don’t, which is one of the hardest things that I have to deal with.

Clementa was so relatable to whoever he would meet. He was a tall man, so when he would talk to the girls, he would kneel down to their level to speak to them. He was a calm man. Even when he served in the state Senate, his colleagues would say he would hear both sides and would remain calm in listening.

One of his favorite sayings was, ‘Have you thought about it this way?’ He was truly an attentive man. As busy as he was, Sunday was our time as a family. He would intentionally block that time off for us even after preaching on Sundays.

Q: What type of pastor was he?

A: I can still remember his sermons. In fact, after his death, I went back and listened to some of them. Although I was in the room when he preached them, listening to them again ministered to me. His sermons felt like he was ministering to me from his grave.

His sermons have ministered to me through some tough moments in my life.

Q: A lot has changed in America the last three years. What are your thoughts?

A: Yeah, a lot has changed, which is why I think much prayer is needed.

A: After the incident took place, there were lots of people around and the phone was constantly ringing. Then after a while, everything just stops and people move on.

I’m a mom first, and raising my two girls is my first priority in life. I want to make sure that I do that role well.

Q: How do you raise two girls whose father was killed because of a hate crime?

A: You know, I try to teach them just because someone may not like you, you have to go beyond that. You’re always going to run into difficult situations and different kinds of people, and you have to get beyond that person’s ignorance.

Q: What would you like for people to remember about your husband?

A: That he loved God, he loved and respected everyone. It’s also important to note th

A: Before the tragedy, most people didn’t even really recognize me. When the tragedy happened and the media started coming around and started coming to my house, I had to go into protection mode to make sure that my girls were cared for.