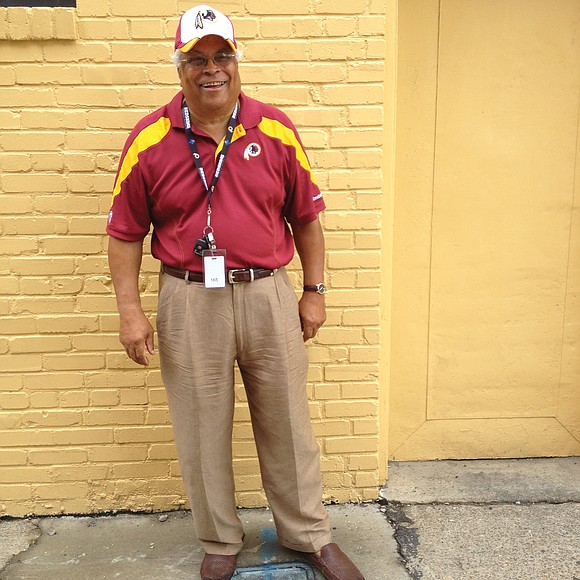 For nearly 50 years, he was a fixture at Henderson Middle School in Richmond’s North Side where he taught, ran the in-school suspension program and served as an assistant principal, with a lengthy illness forcing him into retirement.

“There are some people who have a job as a teacher, but there are others who are teachers. That was my dad,” said his daughter, Brandy W. Johnson. “He was my life teacher. Over the past few weeks, I have been able to consider the many things he taught me and so many others about life in general. He was one heck of a guy.”

Born in Church Hill, Mr. Washington started his teaching career after graduating from Armstrong High School and earning his undergraduate degree from Johnson C. Smith University in North Carolina in 1962.

He was a standout football player at Armstrong and was awarded a scholarship to play football in college. There was a moment when he considered a career in the National Football League, his daughter said.

Along with teaching, he worked for the Richmond Rebels football team in the three seasons of the team’s existence in the mid-1960s.

After teaching in Goochland County and then at Henderson Middle School for seven years, he applied and became an equipment manager for the Minnesota Vikings. But after a year, he returned to Richmond and resumed his role teaching physical education and health at Henderson.

Ms. Johnson said her father kept his hand in the field by getting a second job outside the classroom at the Richmond Coliseum. There, she said, he served as events and personnel manager for 16 years, ensuring sports and entertainment programs ran smoothly.

He initially retired from the school in 1999 after he was diagnosed with cancer, but returned to teaching two years later after the disease went into remission. Ms. Johnson said he started his second stint with Richmond Public Schools as a substitute teacher, moved to in-school suspension and then was promoted to assistant principal.

Mr. Washington retired again more than two years ago when the cancer returned, his daughter said.

For two years, he also served as a driver for the Washington NFL team during its summer camp visits to Richmond.

Mr. Washington was a member of Kappa Alpha Psi Fraternity, the Thebans Beneficial Club and Club 533 in Jackson Ward.

In addition to Ms. Johnson, survivors include his son, Michael F. Washington; and two other daughters, Stacy Lee Woodson and Tracey James; and a stepdaughter, Heather Strother.