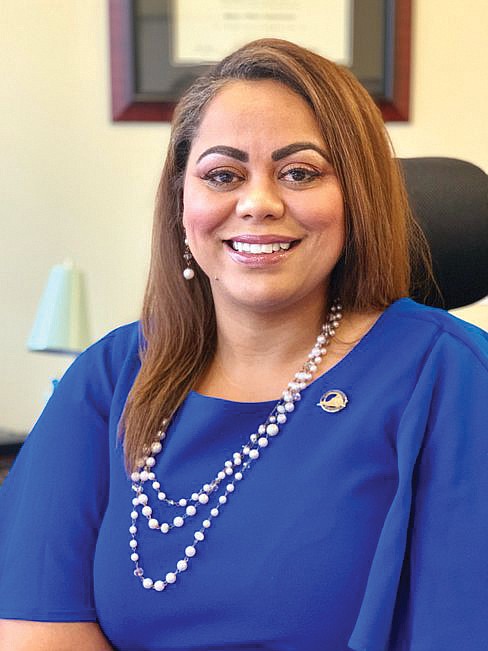 Virginia Inspector General Michael C. Westfall has reported that a top official in the state Department of Education set up a private consulting business that used resources developed through her state job and tweeted an announcement after setting up two websites to advertise her business.

the actions of Leah Dozier Walker violated VDOE policies, that she lacked the required department approval to set up a private consulting business and that her actions created an apparent conflict of interest.

However, Ms. Walker, VDOE’s director of equity and community engagement and a key figure in promoting diversity in the department and school systems, disputes the inspector general’s report produced Feb. 26 following an investigation.

“The allegations against me are appalling and untrue,” Ms. Walker stated in response to a Free Press query. “I have worked in public service for 20 years and have never been accused of wrongdoing.

“I have not abused my position or misused government resources. I have filed a formal grievance with the Department of Education disputing the validity of the OSIG investigation ... I have provided substantial facts to challenge the findings in the investigation,” Ms. Walker continued.

The report states that the probe began after the inspector general’s office received a complaint in September on its hotline.

The investigation, which apparently was conducted by a contractor from outside the office, found that Ms. Walker promoted her credentials and availability as a consultant on a website that still exists and another that has since been taken down.

The report states that “in reviewing both websites, it is clear that Ms. Dozier Walker has posted a number of pictures, documents and at least one video that (were) created by VDOE. Some photos show Ms. Dozier Walker at various conferences while working in an official capacity (for) VDOE.”

Ms. Walker described that allegation as “inaccurate” in her response to the Free Press.

The report also found that Ms. Walker’s state duties “were either identical or nearly identical to the consulting services listed on the websites.”

While the report noted that one of her websites included a disclaimer that she would not accept work that conflicted with her state duties, the report found it “debatable” whether that would “negate any appearance of a conflict of interest.”

The investigation also turned up a social media post that Ms. Walker issued via Twitter at 1:54 p.m. Aug. 26, 2019, during state office hours. The tweet stated that she had “started new job at Leading Impact Now (Owner and Founder).”

The tweet was issued after the State Corporation Commission accepted her application to create Leading Impact Now LLC.

The report also states that Ms. Walker had a state employee during office hours to proof and make suggestions about a logo she had commissioned for her outside business.

However, Ms. Walker disputed that finding in her Free Press response, stating that “65 percent of my job duties are external to the office.”

The report notes, however, that no evidence turned up on whether Ms. Walker had gained any contracts. The report also includes Ms. Walker’s statement that the company had not obtained a business license or federal tax identification number and so was not actually “established.”

“I have not operated a business or been an employee of any entity outside of the VDOE,” Ms. Walker stated in her response to the Free Press.

The report also notes that VDOE did not have an approved form on file from Ms. Walker seeking permission to have a private business nor any documentation regarding an apparent conflict between her state duties and the business she had set up.

Mr. Westfall’s office issued 12 recommendations, including that Ms. Walker reimburse the state for the unexplained 95.5 hours of unexplained leave, adhere to VDOE policies, gain permission from supervisors for changing hours and refrain from actions that create an appearance of a conflict.

The inspector general’s report also recommended that Ms. Walker remove all VDOE resources from any commercial websites that she has registered for an outside business.

Ms. Walker, who previously worked for the Richmond city government, called it “an honor and tremendous responsibility to serve as the first ever director of equity and community engagement at the Virginia Department of Education.”

Named to the post in 2018, she stated, “My commitment to disrupting systemic racism, advancing equity and remov- ing barriers to opportunity in our public education system remains steadfast.

“My advocacy on behalf of Virginia’s vulnerable and marginalized students, especially during this unprecedented period of statewide school closure and disrupted education, is unwavering,” she continued.

Ms. Walker concluded, “These attempts to discredit my professional reputation will not disrupt my focus or alter my commitment to championing equity and social justice in public education.”