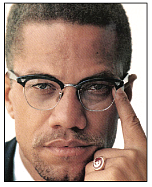 Nearly 55 years since his assassination on Feb. 21, 1965, in the Audubon Ballroom in New York, the human rights activist’s murder will be reinvestigated in the wake of new information uncovered in a Netflix documentary, prosecutors in New York said on Tuesday.

The office of Manhattan District Attorney Cyrus Vance announced it will review the case of 81-year-old Muhammad Aziz, a convicted accomplice who has long maintained his innocence.

“We are grateful that District Attorney Vance quickly agreed to conduct a review of the conviction of Muhammad Aziz, said Barry Scheck, co-founder of the Innocence Project, a criminal justice group that has worked for the exoneration of many innocent people on death row.

The announcement came after the release last Friday of “Who Killed Malcolm X?” a Netflix series that chronicles historian Abdur-Rahman Muhammad’s quest to find answers about the charismatic leader’s killing.

He was shot to death on the stage as he was about to speak to a meeting of the Organization of Afro-American Unity. With his wife and young daughters in the audience, a disturbance broke out in the crowd. As Malcolm X and his bodyguards moved to quiet the disturbance, a man rushed forward and shot Malcolm X in the chest with a sawed-off shotgun. Two other men then charged the stage with handguns, shooting Malcolm X more than 16 times.

One gunman, Nation of Islam member Talmadge Hayer, now known as Mujahid Abdul Halim, was grabbed and beaten by the crowd before police arrived. Witnesses identified the others as Mr. Aziz, whose name at the time was Norman Butler, and Thomas Johnson, now known as Khalil Islam.

All three were convicted in Malcolm X’s murder and sentenced to life in prison.

But Mr. Aziz and Mr. Islam have denied they were responsible, and Mr. Halim testified in 1966 that they had “nothing to do with it,” according to the Innocence Project. 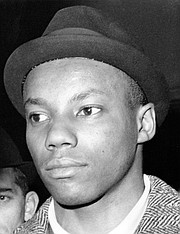 While Mr. Aziz was paroled from prison in 1985, the Innocence Project, which represents Mr. Aziz, still hopes to prove his innocence. No physical evidence links him to the scene, and he has an alibi, the group said. He reportedly was at home healing from leg injuries at the time of the murder.

Mr. Vance’s office said it will work with representatives of the Innocence Project to revisit the case.

Mr. Vance “has determined that the district attorney’s office will begin a pre-liminary review of the matter, which will inform the office regarding what further investigative steps may be undertaken,” Danny Frost, a spokesman for Mr. Vance’s office, said in a statement.

Prosecutors Charles King and Peter Casolaro, a member of the team that investigated and cleared the Central Park 5, will conduct the review.

“Given the historical importance of this case and the fact that our client is 81 years old, we are especially encouraged that Mr. Vance has assigned two highly respected prosecutors ... to work on this re-investigation,” Mr. Scheck said.