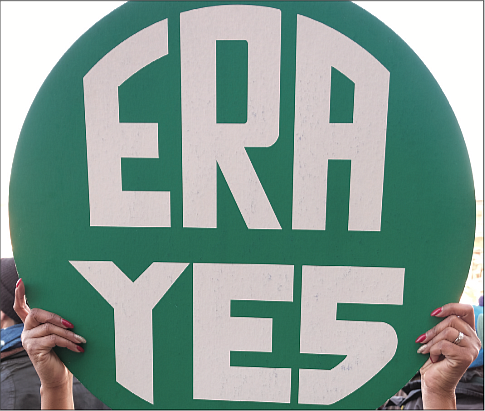 Virginia became the last state needed to ratify the Equal Rights Amendment on Tuesday as the state Senate approved on a 27-12 vote a House of Delegates resolution endorsing an amendment to the U.S. Constitution stating that the rights of women “shall not be denied or abridged” because of their gender.

The vote sets the stage for Gov. Ralph S. Northam to sign the bill, as well as a legal battle over the amendment’s future.

Constitutional amendments must be ratified by three-quarters of the states, or 38, before ratification. But the ERA’s future is uncertain, in part, because of a 1982 deadline for ratification enacted by Congress decades ago.

On Tuesday, the National Archives and Records Administration reiterated that it would not immediately take any action to certify the measure’s adoption as part of the U.S. Constitution.

The administration said it is following the advice of the U.S. Department of Justice’s Office of Legal Counsel, which issued a memo earlier in January stating that because the deadline has passed, it is too late for states to ratify the ERA. The only option for supporters now is to begin the ratification process all over again in Congress, the department said.

The National Archives said it would abide by that opinion “unless otherwise directed by a final court order.”

Virginia Attorney General Mark R. Herring challenged this decision, stating in a news release on Monday that he expects “the archivist to fulfill his responsibility under the law.”

“If he refuses to certify that the ERA has been added to the Constitution, I will take action to ensure the will of Virginians is carried out,” Mr. Herring stated.

ERA advocates have vowed to fight to see the measure certified, either in court or in Congress, where there is a push to remove the deadline. Supporters of the ERA in Massachusetts filed a federal lawsuit Tuesday aimed at clearing a legal path for adoption.