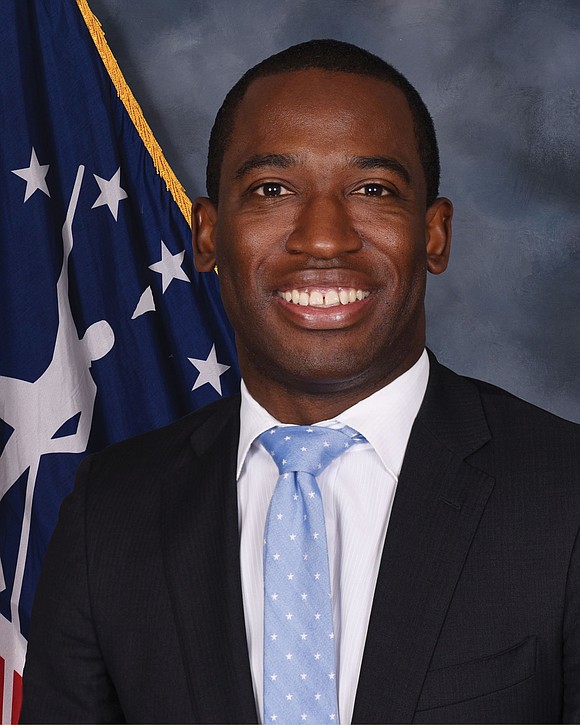 Unjust and racist policies continuously serve as a barrier to progress for our Black and brown communities, creating a stifling environment for socioeconomic mobility that makes it less and less likely for each generation to be better off than the last.

One of the many ways this burden weighs down communities of color is in the criminal justice system.

If you are a Black or Latino adult in the United States, you are 5.9 times and 3.1 times more likely to be incarcerated than a white adult, respectively.

And as one of 10 states that does not offer record closure for adult convictions or automatic expungement for those who are eligible, Virginia is one of the nation’s least forgiving states when it comes to providing second chances.

This means that, disproportionately, Black and brown people are forced to wear a scarlet letter, adding yet another barrier to being able to provide for their family or move beyond the missteps of their past.

I am all too familiar with this harsh reality. My father was convicted of a felony. I witnessed the stress and the deterrence he faced when applying for jobs, not knowing if checking the “I’ve been convicted of a crime” box would lead to another door slammed in his face.

Even if my father had had the time to seek an expungement of his criminal record, current Virginia law requires an eligible person to file a separate action in court and go through an expensive and complicated legal process. My father had to work two jobs in order to keep a roof over our heads and food on the table while my grandmother cared for me and my brother. We could not afford the cost of textbooks. There was no way we could spare the time or money required to expunge his record. As such, my father had to carry his past with him and accept back-breaking jobs that I know took a toll on his mental and physical health. I remember seeing my father cry under the stress of the unknown.

When I took office as the state secretary of the commonwealth and became aware of the thousands of Virginians just like my dad, I realized I had to do all I could to uplift those disproportionately impacted by racist policies and practices. Those efforts included setting the course for Gov. Terry McAuliffe to pardon the most people in Virginia’s history and restore the voting rights of nearly 200,000 people.

We must continue down this road toward justice, removing barriers that prohibit our communities of color from moving up the socioeconomic ladder. Too many Black and brown people who were involved in the criminal justice system face unemployment, housing discrimination, negative impacts on credit and a greater struggle to reach their potential. Allowing the expungement of misdemeanors and nonviolent felony convictions for certain offenses is one of many steps needed to build wealth and empower.

Our time is now to change the trajectory for those who have paid for the mistakes of their past. And it’s not just the right thing to do. Studies have found that an expungement can produce significant economic, social and public safety benefits for the individual and community as a whole. Individuals who have had their record expunged see opportunities increase, along with their income, which has shown to result in lower rates of recidivism.

On June 9, I wrote the Virginia Legislative Black Caucus asking that they reprioritize expungements in VLBC’s comprehensive criminal justice reform agenda in the upcoming special session. On June 24, the VLBC released its priorities, which included implementing automatic expungements. This is one of the best methods to reduce unnecessary bureaucracy. I also hope that in crafting this legislation, the General Assembly considers eliminating associated fees and offering better online services.

It is time to open the door to better opportunities by removing scarlet letters from those who have worn them for too long. My father did not get that opportunity before he passed away at the age of 49, but I am committed to affecting this change for him and Virginians like him. We all deserve a second chance, regardless of the color of our skin or the money in our pocket. Join me in making that a reality.

The writer is mayor of the city of Richmond.