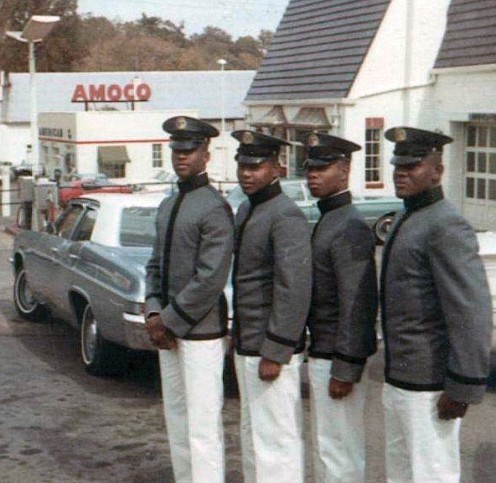 LEXINGTON - State officials have ordered an outside investigation into the Virginia Military Institute following a report in The Washington Post that described Black cadets and alumni as facing “relentless racism.”

Gov. Ralph S. Northam co-wrote a letter Monday with other state officials and lawmakers to the state-supported school’s Board of Visitors expressing “deep concerns about the clear and appalling culture of ongoing structural racism” at VMI. The letter said the state will fund an independent probe into the school’s culture, policies, practices and equity in disciplinary procedures, the Post reported.

In response, John William “Bill” Boland, the president of VMI’s Board of Visitors, wrote in a letter Tuesday that the school would welcome a review and pledged its full cooperation.

“However, systemic racism does not exist here and a fair and independent review will find that to be true,” Mr. Boland, a 1973 graduate of VMI and retired partner at McGuireWoods, wrote in the letter, which a school spokesman provided to The Associated Press.

The first Black cadets enrolled at VMI in 1968; the first women, in 1997, after a U.S. Supreme Court decision forced the school to open to women. About 6 percent of VMI’s 1,700 cadets are Black, according to the State Council of Higher Education for Virginia.

State officials ordered the investigation after the newspaper published an article last weekend that described an “atmosphere of hostility and cultural insensitivity” at the nation’s oldest state-supported military college. The article described incidents such as lynching threats and a white professor reminiscing in class about her father’s Ku Klux Klan membership.

The Roanoke Times also reported on Black alumni speaking out about racism at the school months ago.

Mr. Boland wrote that several of the incidents detailed in The Washington Post story were many years old and that they “had more to do with an individual’s lapse of judgment than they do with the culture of the Institute.”

“Each one, as is the case with any allegation of racism or discrimination, was investigated thoroughly and ap-propriate action was meted out in a timely fashion,” he said in the letter.

The Post’s reporting cited interviews with more than a dozen current and former students of color.

Among them was William Bunton, a Black senior, who told the paper, “I wake up every day wondering, ‘Why am I still here?’ ”

Mr. Bunton said that after he and another Black student boycotted a September speech by Vice President Mike Pence, they were punished with three weeks of confinement on campus, demerits and multiple hours of detention.

Debate has swirled recently among alumni of VMI, which was founded in Lexington in 1839, about how its ties to the Confederacy should be memorialized, the Roanoke Times has reported. The school announced earlier this year that it had no plans to take down its Confederate monuments, but would be changing some of its long-standing traditions.

Multiple buildings on the campus are named for Confederate Gen. Stonewall Jackson as well as other alumni and faculty who fought for the Confederacy. A Jackson statue also stands in front of the barracks. Until a few years ago, freshmen were required to salute it, the Post reported.

Among the changes announced by VMI’s superintendent, retired Army Gen. J.H. Binford Peay III, in July were re-orienting flagpoles surrounding the Jackson statue and centering them at the new barracks, and relocating an oath ceremony from a battlefield where 10 VMI cadets died fighting for the Confederacy to school grounds.

Delegate Jennifer Carroll Foy of Prince William County, a Black woman who graduated from VMI in 2003 and recently announced her candidacy for governor in 2021, released on Sunday a seven-point diversity and inclusion plan that she said VMI should adopt to root out racism.

Among her recommendations: Mandatory diversity education for all cadets; semi-annual diversity training for leadership, faculty and staff; and elevating racism, sexism and bullying offenses to the same as honor code violations, dismissal with a single offense.

“Racism and discrimination of any kind is unacceptable everywhere, most especially in the halls of a premier military institution,” Delegate Carroll Foy said in a statement. “VMI is more than a military outpost — it is a place that prepares leaders to serve the people of the United States. That means treating every American with respect and committing to fight for each and every American.

“While VMI has a history rooted in the Confederacy, it must have a future that’s rooted in inclusion and diversity. As the U.S. military fights to root out racism, VMI must do the same and lead from the front.”

In a subsequent statement issued Wednesday in response to the VMI board president denying the existence of systemic racism at the college, Delegate Carroll Foy said it was “disheartening” that leaders are uncomfortable acknowledging the presence of racism at VMI.

“The experiences that Black students continue to face at VMI — some of which I, myself, experienced — are egregious. And the daily occurrences of racism that Black Americans face should not be dismissed.

“While it’s encouraging to know that VMI has agreed to fully cooperate with the Northam Administration’s investigation, we have a long way to go in ensuring that Black students are able to pursue their education and prepare to serve their country without the looming threat of race-based violence or intimidation,” her statement continued. “As a starting point, it will be important for the Institute to recognize that racial bias and discrimination does exist. Without that basic understanding, I fear an investigation won’t be taken seriously.

“This is a pivotal moment. I hope this process will be handled earnestly and with a sense of urgency.”